Showing posts from June, 2011
Show All

Genesis of the Procrastinators 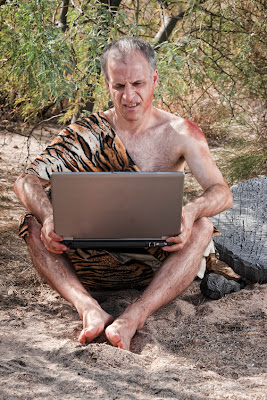 I fail to see the evolutionary advantage of procrastination. The bulk of human behaviour can be traced to an evolutionary advantage at some point in the past, even if it's one that no longer applies. Wanting to gorge oneself on carbohydrate and sugar rich food ? Yes, an advantage in times of scarcity. Xenophobia ? Repugnant these days but undeniably an advantage in days when you and the tribe in the next valley were competing for the same food source. Love? But of course, love leads to sex and sex leads to children; miniature copies of yourself to act as vessels which will carry your DNA down the road of time into the future. There's no intent here, it's all cold mathematics . Those people who were greedy / xenophobic / loving simply survived marginally better than those that weren't, with the result that the world now consists of us, their descendants. And rather annoyingly we now have to unpick all that instinct because some of it is quite clearly a supernormal s
Post a Comment
Read more 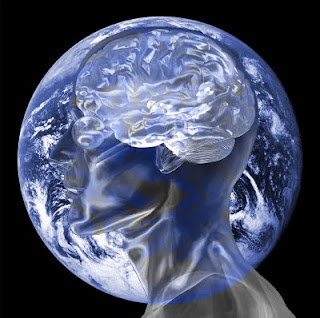 Some two years ago or less when this blog was concerning itself with the nature of consciousness I wrote an entry about the so called " Cartesian Theatre " and the flaws inherent in this dualistic model of the self. To reiterate: the theatre is based on the idea that all your senses - vision, hearing, touch, smell - are sending signals down your nerves and into the brain. Once in the brain these multiple media are combined by some mental home entertainment system into a presentation for the consumption of the actual Self .  Lord Consciousness sits in a large leather swivel chair at the controls of the brain, waving a cigar around in one hand, universal remote in the other. This feels right. It's how we imagine ourselves, a mini-me occupying the seat of sentience. It's what we feel we really are. The problem is that what feels right is very often wrong. Flat earth? Wrong. Sun goes round the earth? Wrong. Perhaps even though it feels that our real self is a pilot
2 comments
Read more 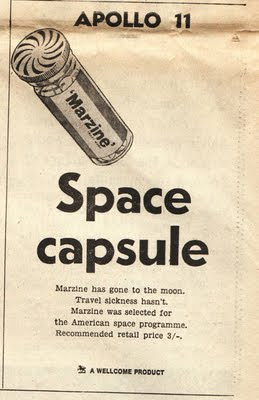 One of the best things about being a child is that time lasts so long and that there is so much to do that one soon forgets about things. As described in the last entry , my parents entered a competition on my behalf, the first prize of which was a flight to America to see the launch of the next Apollo mission. Whilst it was true it was always at the back of my mind that I might win, in the meantime I just got on with other things. We didn't win of course but I don't recall not winning. The possibility just faded from sight. This didn't affect my obsession with space flight in the least. I was still hooked and for someone with such interests it was an exciting time to be alive. The odd thing is that I don't remember whether my interest in space travel was sparked off by my parents waking me up in the middle of the night to watch Apollo 11 land on the moon or whether the only reason they bothered to wake me up in the middle of the night in the first place was that
Post a Comment
Read more
More posts