Showing posts from April, 2017
Show All

A Bird in the Hand 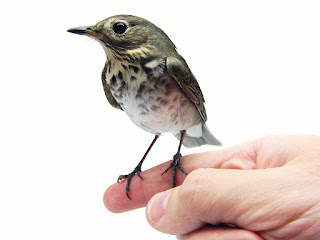 Following the post I made at the end of last year which discussed my reaction to having been officially diagnosed as having Autism Spectrum Condition (a.k.a. the Syndrome Previously Known as Aspergers ), I've noticed that there are a few misconceptions that have made their way into received wisdom about how I must behave. These are not true for many reasons. For a start not everyone with ASC is going to behave in the same manner. Everyone is different no matter where they sit on the spectrum. It is perfectly possible to have ASC and be an introvert or an extrovert. Some people might exhibit certain symptoms whilst others don't. One of the most common preconceptions that people seem to have is that I will take everything they say literally. That if they use an idiom or colloquialism I will think they actually   mean that someone has (say) eyes bigger than their stomach. Well no, of course not. That would be silly. I have enough of a sense of the real world and what&
Post a Comment
Read more
More posts