Showing posts from August, 2015
Show All

All Alone More Or Less 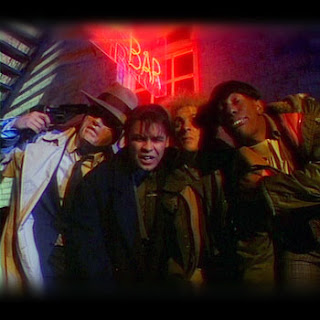 There are plenty of things from the world of arts and entertainment that have contributed to the deep programming of my brain, forming an integral part of the mental DNA of what makes me me and without which I would probably be a different person. I've already written blogs about some of them - Toyah for instance, or Doctor Who . But there are many more. The works of Douglas Adams for instance. And - as I recently realised - a lot of the comedy of Robert Newman from the 1990s. It's all getting a bit tricky now... And then browsing through Netflix I realised there was another TV show that had subtly and quietly wormed its way into my subconscious. It was comedy naturally. But it was also science fiction. Of course I am talking about Red Dwarf . People who don't watch it probably have an idea of it as a bit laddish or puerile - toilet humour in space. There may be a grain of truth in that but it is mainly so much more... I clearly remember when it started. Seeing
1 comment
Read more
More posts