Showing posts from August, 2010
Show All

I Was A Teenage Toyah Fan 7: World in Action 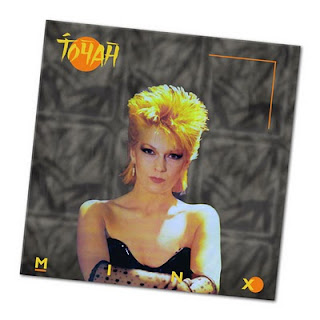 I didn't like what I was hearing. I was speaking to fellow Angel and Demon Bob on a payphone in a corridor at The Portland pub in Portland Road, Hove in spring 1985. He'd just played me Toyah's new single down the phone. I didn't like it. It was the chorus that did it. It sounded too poppy , too commercial. Too major key. The verses were OK. But the chorus... It was the kind of chorus I could have imagined Cyndi Lauper having in one of her songs and that didn't sit well with me. Bob and I spoke in hushed tones, it felt like the end of the world.  Listening to us, anyone would have thought that somebody had just died. Whilst a lot of this extreme reaction was due to the glossy production and "chart hit" nature of the song, I'm sure part of it was down to a change in my own taste as well. I was now coming up for two years at university, two years out on my own, and had been exposed to a vast range of diverse influences.  In those days Sussex Uni
Post a Comment
Read more A couple of months ago there was a brief discussion on Twitter as to why some people seemed to get more right wing as they got older. Was this, some asked, a natural result of the aging process and if so how did that explain Tony Benn? I can only speak for myself of course, but I don't really think my political views have changed since adolescence. Like most rational people who grew up under the yoke of Thatcherism I am still what you would call leftish, although in politics, as in other spheres of life, I am loathe to label myself. I just know what I dislike, and it is by exploring what you dislike that you find out what political stripe you really are. What makes your blood boil? One thing that really makes me furious is when people expect to be treated better than others because they consider themselves more important. It's the Don't you know who I am? syndrome. This has always wound me up and still does to this day. Years ago when I worked in London I recall one
Post a Comment
Read more

I Was A Teenage Toyah Fan 6: The Space Between The Sounds 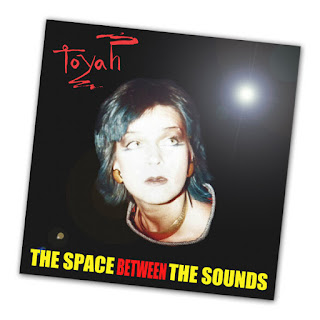 Ironically 1984 would see less Toyah than I'd ever had for a very long time. I was hoping that her release from the five year contract with erstwhile record label Safari  and signing to Portrait Records would result in more music quite soon - after all she'd been releasing albums at a rate of one or two a year since 1979, surely any record label worth its salt would be keen to take their new signing for a spin around the charts? If nothing else I felt it was high time that the music journalists gave her another chance; by the close of play in 1983 virtually everyone in the music press had their knives out for her, even Smash Hits . This was a problem. As self-styled arbiters of coolness, the music papers often dictated what people "should" like, meaning that in an attempt to appear with-it people would stop liking whatever it was that the NME , Melody Maker and Sounds had decided was on the way out at the moment, whatever its merits. If enough people stopped l
Post a Comment
Read more

Once Round the Sun 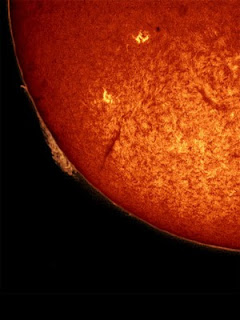 Today marks an anniversary of sorts. Whilst I first set up this blog in 2006, it was exactly one year ago today that I resolved to start blogging on a regular basis. It's true that I haven't blogged every single day since then, but I am happy to report that when the posting frequency did fall, it was always a conscious decision. I wrote something every single day from 17 August 2009 until 15 September 2009. I then did so every other day from 17 September 2009 to 14 February 2010. Ever since then I've been writing on an approximately weekly basis. Sometimes entries will appear more frequently than that, but never less. So what have I learned from this Experiment with the Air Pump ? Well for a start I seem to have discovered that in general people are more interested in my reminiscences about Doctor Who and Toyah than they are in my musings on the nature of time, space, death and reality. However, I've also learned that said musings can be very useful brain train
Post a Comment
Read more

I Was A Teenage Toyah Fan 5: Omens and Requiems 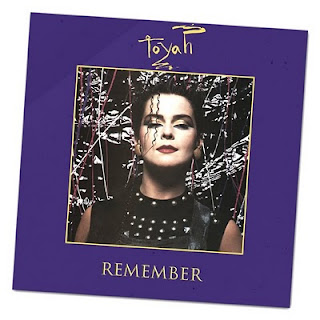 "There was a group of kids who started to call themselves the Angels and Demons who'd wait outside the stage door every night from me arriving at about five to me leaving at about eleven. Every night for five months. They'd wait at the door, getting pissed as newts. They'd nick tables from local restaurants and have street parties. No end of phone calls from the police complaining about them. They now have reunions every two weeks at the pub across the road. I got very inspired by them. Most of 'Love is the Law' was provoked by them." Toyah interview by Mick Mercer in Zig Zag, February 1984 As has been documented elsewhere , I went off to university. It was quite odd really. There I was having just made a load of new friends in the Angels and Demons (we'd already started having our reunions at various central London pubs every weekend after Tanzi had finished) and all of a sudden I had to leave all that behind and begin a new life as a student in Br
Post a Comment
Read more 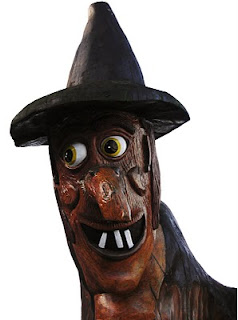 I don't have any wisdom teeth. I didn't have them taken out or anything, they're just not there and never were.  I am a mutant.  One of the first things some people say upon hearing about this unusual state of affairs is usually a hilarious variant on the " Why am I not surprised? " gag - the implication being that I'm a bit daft and lack wisdom. Of course that's all a bit arse over front and back to tit. As we all know very well they're called " wisdom " because they appear later in life when (presumably) one has accumulated some.  They're not called " wisdom " because their appearance imparts it, nor because their eruption makes you stagger about calling for Mr Grimsdale (unless that's your dentist's name). Age and wisdom used to be inextricably linked. Not so much nowadays. Anyone who hates Thugg the Caveman and his illuminating antics should skip to the end of the next bit. In Thugg's day reaching the rip
Post a Comment
Read more
More posts