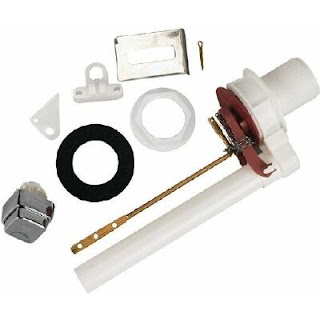 Yesterday I had to work at home for an hour or so in the morning so that the handymen employed by the letting agency could get in and have a look at the loo which wasn't flushing.

As is so often the case when you're waiting for someone to arrive, I couldn't relax. I kept going to look out the window to see if they were on their way. And as I did so, I observed yet another instance of a phenomenon I've noticed before.

It's that men in the manual trades - be they car mechanics, plumbers, handymen, road workers, dustbin men et al - seem to share some unspoken bond and can instantly strike up a conversation with each other based merely on the experience of staring at a hole in the ground or unspecified engine part together.

The first van to arrive was a drain and toilet unblocking specialist, whom at first I thought might be my man. However, once he'd parked he just ambled over to one of the car mechanics that work in this street and spent a minute or so chewing the fat before ascending a ladder and retrieving a dead seagull chick from someone's gutter.

Another van pulled up. This one wasn't labeled and my hopes rose as the driver opened the back doors and began extracting tools. However when he took out a hammer I realised he probably wasn't the bloke I was waiting for. He wandered up the street, stopping for a minute's manly barking with both the car mechanic and the man up the ladder before disappearing into one of the lockups and commencing to bang.

I was in luck with van three, though. This contained the handymen I'd been anticipating. I was in a hurry so I went downstairs to open the door before they had the chance to get caught up in any Male Bonding Cabal business.

After twenty minutes or so poring over the interior of the toilet tank and muttering to each other they eventually emerged blinking in the light of the living room and announced that they couldn't fix it and that I'd need a "proper plumber". I didn't supervise their exit, so no doubt they spent a happy few minutes thereafter exchanging companionable guttural syllables with hammer man, ladder man and the car mechanic before driving off.

Always having been something of an awkward fish out of water when it comes to, well, anything really, I can't help but be both mystified and almost secretly impressed by this marvellous ability. It must almost be like having a superpower. They can walk up to absolutely anyone engaged in a sufficiently brawny task and instantly be accepted.

I've never been sure what they talk about as I'm never close enough to eavesdrop. Conventional wisdom would suggest it's all about The Match Last Night, but I'm not so sure. Perhaps there's a secret password and handshake allowing access to this world and their first exchanges are just that. After that they don't necessarily have to speak.

I recall one occasion when some men arrived after dark to dig up the road to make emergency repairs to someone's electrical cable by spotlight. After a few minutes they began to appear out of the darkness in ones and twos, sauntering over to the edge of the hole, hands in pockets. Aside from the odd curt nod and mutter of "Awright?" there was little being said. Instead they stood in almost a reverent manner at the edge of the hole and watched as their brothers in testosterone moved the soil from within the earth to the side of the road.

I don't get it and I probably never will. It's difficult to imagine such behaviour amongst geeks like me. I never look up from my computer whilst at work to discover a group of programmers standing around my desk, staring at my PHP and nodding sagely.

It's just as well, I don't think I'd get any work done.
journal