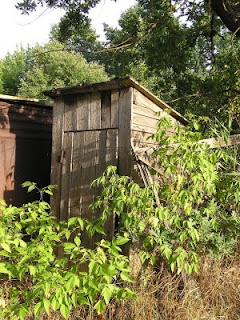 Yesterday was the first day of the new academic year. Suddenly the university was full of new students. Some people might think this a bad thing - "Oh, the university is a great place to work - apart from the students! HA HA HA HA!" - but personally I think the place comes alive during the term. Some people talk about the importance of research, but students are a university's lifeblood.

The frightening thing is that some of the new intake are born in in the nineties. I'm sorry but I'm going to have to call the police. That is quite clearly ridiculous. I've said it before and I'll say it again - they put the twenty-first century on at the wrong speed. Hang the DJ.

Freshers' Week seems a lot more exciting now that in was in my day. Everyone just seems a hell of a lot cooler and there are marquees everywhere. If you buy The Guardian you'll probably get a free mug, DVD of Bend it Like Beckham and a cranberry juice box. If you go to the Freshers' Fair you'll come away with more free pads, pens and coasters than you can shake a stick at - and all made from recycled CD cases.

Hang on. That's different. Some of the music the students are playing these days is stuff I was listening to before I went to University. And yet they're enjoying it. "It Ain't What You Do It's The Way That You Do It" by Fun Boy Three and Bananarama came out in 1982. Students at a 2009 Freshers' Week dancing around to it is the equivalent of me dancing around to something from the late fifties - well, I wouldn't have been seen dead. Nor would any of my peers; we turned our noses up at anything from before 1976.

These days it is hard to imagine just how much of an influence those funny old butter-advertising punks had on the landscape. It was a revolution, a watershed in music. Maybe we all had our blinkers on, but we weren't going to listen to T-Rex or the Rolling Stones, Grandad! The engineering students had to listen to Supertramp, King Crimson and Fleetwood Mac secretly in their bedrooms.

Of course a lot of post-1976 stuff got lumped in with punk and listened to even though in all honesty it wasn't that good.

This attitude started diffusing by the early nineties. The spectrum of cool music was becoming ever wider and some of the leading lights were wearing their pre-76 influences on their sleeves. The Britpop Revolution took down the 1976 Wall and people were free to enjoy what they liked without risking ridicule.

Well, up to a point. I'm not sure anyone should ever enjoy The Eagles without feeling embarrassed.

Kids these days... have the full gamut of music to play with. It's just a shame that the tradition of bands playing the college circuit seems to have gone the way of the dinosaur. I can't recall any major gigs at the university since I've been working here; as a first year student we had Killing Joke, Spear of Destiny, Amazulu and ... er... China Crisis. The Smiths played down the road at Brighton Poly.

Eighties nostalgia seems to be a big thing these days - so let's bring back live music.
age journal music time