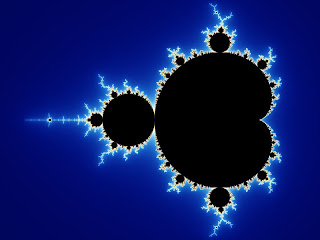 Some days my contact lenses just won't go in. Well it's more usually just one lens that won't go in. Most of the time it's the right eye. This means, as I have different prescriptions in each eye, that over time I'm gradually building up a surfeit of left lenses. This upsets my sense of order.

Entropy again. You can't get away from it. Since yesterday's post I have been thinking more about entropy and about how it seems to go against the grain when it comes to what's happening on Earth. Now I'm no physicist and I'm sure I've already committed any number of semantic howlers when talking about things that are a bit beyond me. Please, stay your patronising little chuckles-to-self.

Just because I don't understand the intricacies of the theory doesn't mean I can't explore ideas and conduct thought experiments. For example, I'm boiling a beaker of water in a room in which gravity works in reverse. What do you mean gravity can't work in reverse? It's a thought experiment! You're not telling me you actually did lock a cat in a box with a vial of prussic acid are you?

Entropy is, I am given to understand, an agent of disorder. Perfect Internal Disorder is an odd phrase, but it describes what happens when entropy has done its job and things are as blended and as boring as they're going to get; equilibrium. The universe will end not with a bang neither a whimper but with soup. So, disorder, the opposite of order. Order's the stuff that gives us life and language.

However, Order has another opposite. Chaos. Once upon a time we would have assumed that this was also soup. However, emerging from Chaos Theory like clumsy butterflies from their cocoons come fractals.

Entropy must hate them. There's so much detail there. An infinite amount in fact. No matter how deeply you zoom into the Mandelbrot Set you never encounter soup. If you return to a certain point in the set it's always the same. And if you look closely, the detail goes on for ever.

I am assuming that the operation of fractals is built into the structure of the universe, into the behaviour of numbers. It's fundamental. But then again, so we are told, is entropy. I can't quite square these two facts in my head. Everything turns to soup and yet everything is infinitely complex.

No doubt scientists and mathematicians, in the unlikely event that any are reading, are now shaking their heads in dismay at my stupidity. But I am just imagining a scenario when some researcher is idly zooming through the Mandelbrot Set and suddenly notices something new. A grey blob of boring spreading outwards. The intricate curlicues and whorls becoming flattened out. Entropy gaining ground; in the end the Set becomes a mere oval.

Walter Milner said…
"I'm boiling a beaker of water in a room in which gravity works in reverse."
Well this would be as if the gravitational constant reversed in sign. Everything would 'fall' to the ceiling - temporarily messy, but after the initial crash, you could start agian, walking on the ceiling.

OTOH the Earth would leave its orbit around the Sun, and start to head away from it. After a while (which I cant be bothered to work out) all life on Earth would freeze to death.
Thursday, September 10, 2009 9:39:00 am