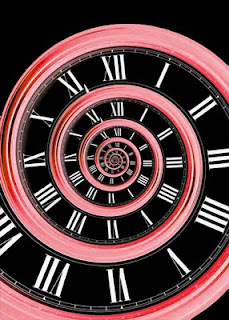 I'm off to London for a band rehearsal in Stoke Newington this afternoon; hopefully my fingertips are still hardened from last week's experience so typing tomorrow won't be quite as sore as it was last Monday.

The rehearsal itself is in the afternoon from two until five; three hours, a reasonable chunk of time but not something that's going to take up the while day. The thing is though; it does. It's not because of the travelling to and from London either; the London to Brighton line is pretty fast as long as there aren't engineering works (and there don't seem to be today, I've checked). It's my own fault; it's the way I look at it.

Sometimes I seem to be goal oriented and as long as I get one "main" thing done per day I am, on some level, satisfied. However, on another level I just don't think that's good enough. To make the most out of days on which I'm lucky enough not be at work I really should be doing several "main" things.

Forcing myself to write this blog on a daily basis has helped. That's another "main" thing. But really I need to do something else with a visible, positive and lasting result, so that's reading or watching TV out of the window.

Given that I'm going to have to catch the train at around midday and given that it's already past nine I had better go. I have to change a light fitting. Normal service will be resumed tomorrow.

I'm out of time.
journal writing