I'm sure this has happened before 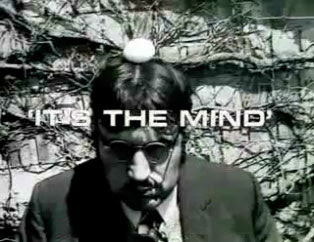 I got a feeling of déjà vu this morning with regard to waking up in the "night" only to discover that the alarm is just around the corner. I'm therefore passing it on to anyone reading this who also read yesterday's entry - déjà vu as infection.

Except of course it isn't déjà vu as it actually did happen before. For genuine déjà vu to be declared the experience you think you've had before has to be a new one and both you and I have proof (in the form of yesterday's blog entry) that it isn't so.

Promnesia is not a rather specialised term for forgetting to go to the Royal Albert Hall, it's the scientific term for déjà vu. I like it - perhaps the scientific snob in me thinks that it somehow gives the experience more weight. And perhaps because it's easier to type. And yet promnesia is as of yet poorly understood. The interesting thing I find about it is how compelling the feeling can be sometimes - the almost-but-not-quite ability to be able to tell what's going to happen next. So much so that it almost feels as if you could make use of the experience to your advantage.

Sometimes I get it so strongly that I'm almost convinced that this time it's not déjà vu, that it actually did happen before - but as we've discovered with the writing and reading of this blog entry, when something actually has happened before it feels nowhere near as interesting or eerie.

It must be caused by some kind of memory malfunction. Perhaps the current experiences (in other words the short term memory) are being misidentified as long term memory - this would produce the detail sometimes experienced that it's not just a familiar experience but that every single thing happening has happened before, down to what she just said and the postman across the road slipping over on a banana skin.

Whilst I've never experienced the opposite, jamais vu, whereby something familiar, something that definitely has happened before, is identified as something new, I did experience something related which I don't think there's a French word for, which is ironic as it happened in France.

It was in Paris where, for various convoluted reasons too complex to go into at the moment I was (a) attempting to hitch-hike back to London and (b) hadn't slept for two nights.

The hitching-spot was where cars came around a corner near a concrete pillar holding up a section of the Périphérique. I was in an odd state of mind, but I started predicting the vehicles coming around the pillar.

"Next," I thought, "I want a red van." A red van duly appeared. "A beige Citroen." Ditto. "A coach." Right again. This went on for some time. I'm not for a moment suggesting that I had developed the spectacularly useless occult power of Vehicle Pillar Prediction; there was something clearly awry with my memory. I think once I saw the vehicles I was somehow managing to backdate the thoughts in my short term memory so that they appeared to have happened before they actually had.

It's not the only odd thing that happened during this episode; I'd recommend everyone tries sleep deprivation (on this occasion mine eventually stretched to three nights) it's interesting. I'd try it again myself but I'm very tired.


Meta-blog information - now that I'm in the habit of writing every morning I may use tomorrow's slot to continue working on the novel so there may not be another one of these until Thursday morning. I did say may though...