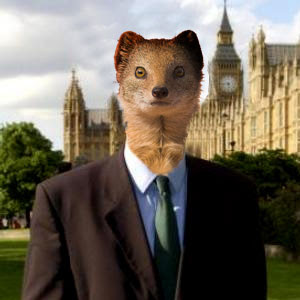 Why do English teachers bang on about it so much then? It's not just at school. I seem to remember the topic coming up during the Creative Writing course I was on recently. Surely teaching this nugget of wisdom should take all of ten seconds and only involves the identification of the word "like"? Both are the act of describing something by comparing it to something that in reality it is not.

I'd rather my time was spent learning something more useful. For instance one thing constantly hammered into me was how dreadful adverbs were. One of the pleasures of writing this blog is that on the whole I don't have to go back through it picking out the adverbs and finding different ways to express something. I can see the point of course, adverb-heavy prose is clunky and amateurish, I just wish that the adverb-police came up with a few suggested alternatives I could use. Usually an adverb cull just ends up with an increase in the word count; "said Genie angrily" becoming "said Genie with an angry expression on her face".

Maybe this is why bestsellers these days are such doorstops.

Another thing drummed into you is "show, don't tell". You want me to draw a picture? The whole point of writing is telling stories. I do know what it means of course and on the whole it's good advice. It has to be used carefully though - if you take it too literally it becomes very difficult to work out what's going on. Personally I find it hard to get by without doing the occasional bit of telling. It takes a genius to do without it all together - China Miéville's recent novel The City and the City is a masterclass of showing rather than telling.

Often though "show, don't tell" becomes nothing more than just another stick for the lazy critic to beat you with.
grammar journal writing