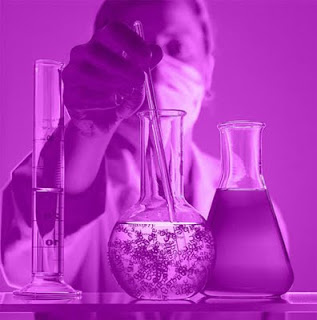 Well, I did it. Instead of writing an entry in this blog, I used yesterday morning's post-sleep confusion for writing a short section of my novel. It did seem to have worked; forcing myself to write this every day has made writing in general a little easier. But I am forgetting the first rule of daily blog and will shut up forthwith.

Some have claimed that writing SF or fantasy is harder that most other forms of fiction because you have to make everything up yourself whereas writers of, say, crime or historical novels have a ready made toolkit of situations and props. They don't have to spend time making up the background; it already exists.

I'm not so sure this makes things easier. If it already exists, you have to get it right. If you don't get it right and make it into print, someone somewhere will notice. For instance in one of Glen Duncan's novels - I can't remember which one - the protagonist reminisces about being a teenager in the late seventies. The punk years. He professes a crush on the singer from Transvision Vamp because she looked "dirty". The band formed in 1986; at the time of the alleged crush, singer Wendy James would have been eleven or twelve.

OK, so maybe not that many people noticed it, but I did. Which brings us to the thing that makes writing contemporary fiction much harder than SF or Fantasy.

That isn't to say that SF and the like don't require research; I remember having to sit down with a pencil, a piece of paper and a calculator to work out how long a spacecraft would have to accelerate in order to reach Jupiter within a certain time. But generally in this genre you are world building, providing the world is self-consistent you can make up what you like. Just don't contradict yourself or make continuity errors.

The real world, however, is fraught with danger when it comes to research. My current novel has both contemporary and fantasy elements in it; it's the contemporary elements that always give me this kind of trouble. Yesterday I was trying to get the protagonist Genie through immigration in LAX. What does an iris scanner look like? I don't know - and are they for coming or going? Genie's working in LA for a few days; I've only ever been there on holiday. Would she have a different visa? What sort of questions would the immigration officers ask her? Would she queue up somewhere different?

Of course research is a million times easier now that we have the internet. How tedious it would be to have to trudge to the library every time you wanted to google something. The whole world of information is at our fingertips; the problem now is sorting the wheat from the chaff.

The term research gives the process more weight than perhaps it deserves. Visions of white coats in laboratories; librarians climbing ladders in the stacks. A lot of the time it's just a grind, but it's important to get it right

However I'll be relieved when I get back into one of the fantasy sections of the book. The only research I need to do there is on what's already in my own head.
journal research writing

Matthew Perret said…
The other danger of research, of course, is that it can get so interesting that you forget what you were checking in the first place. Some writers advocate researching only points vital to context or character, and leaving "spot research" or fact-checking until the end- possibly to be done by an editor.

Lollo said…
I agree! i find it extremely difficult to write about real environments as they keep changing ... say a pub that changes its colour or opening times or whatever ...
Monday, September 21, 2009 7:30:00 pm