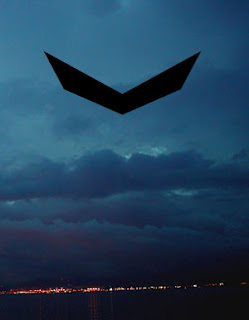 I'm back to writing this at the crack of dawn as my miniature break from work is over. Once again I had mild anxiety dreams about work last night so obviously the enforced break wasn't quite enough to relax fully.

The odd thing is that whenever I dream about work it's always completely different from reality and more often than not there are beds there. For some reason. I think it's because I am in the unusual situation of working somewhere I used to live. Sussex is a campus university; most days I walk past both York House where I lived in the first year and Norwich House where I lived in the third. So my present day Work Dreams are confused with my Dreams Of The Past, not to mention the standard Academic Anxiety Dreams.

It's not really dawn of course, nowhere near. The seagulls have been up for hours. I was interested to read that there are in fact three dawns per day. Astronomical Dawn, Nautical Dawn and Civil Dawn. The differences are all rather dull and are merely concerned with how many degrees below the horizon the sun is. Civil Dawn is the latest, which I suppose makes sense.

When I was a child I went through a phase of asking my parents if I could have a toy dawn. They kept trying to explain to me that dawn was a time of day and therefore unable to be reproduced in molded plastic in Hong Kong. I persisted in asking them for one. I had the idea in my head that dawn was some kind of dark chevron that flew slowly across the sky at the begin of the day. I wanted a toy one.

I'm not sure where this idea came from, although I have a vague memory of looking out of my bedroom window and seeing said chevron crawling across the sky roaring (probably a three-year old's early impression of a low flying military plane - where I lived as a child seemed to have a higher than normal proportion of RAF fly pasts, including scary looking Vulcan bombers). I suspect the link between this and dawn may have been one of my parents catching me up at this hour and asking me what I was doing up at the crack of dawn, which I maybe took to mean the noise made by the flying shape...

It's not the only odd thing I saw in the sky as a child. I remember coming down to the kitchen in excitement and telling my Dad I'd seen a "satellite" - obsessed with space travel as I was as a small child I had no concept of a UFO so interpreted everything I saw in terms of space race hardware. I don't know what this actually was, but it was below the clouds and slow moving, so unlikely to have been spaceworthy. A balloon perhaps.

The sky is rarely as interesting these days. I am an adult now.
journal