Anarchy in the UTC 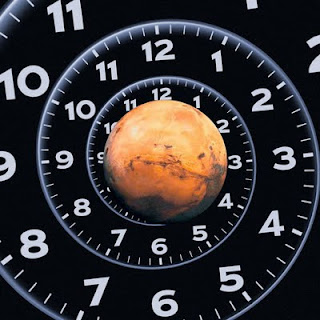 I don't have any deep philosophical topic that's been bothering me for ages to discuss today. This is partly because I am so tired at the moment. After a long week at work - and given the amount that I complain about time passing too quickly I should be grateful that it was so long - I've been given an extra long weekend to recover.

It's not that extra long really; just one hour which represents a mere 2.083 percent extra. Still it's not to be sniffed at, although as a time rebate it'll be short lived as I've got to give it back next spring. More of a loan, really.

Yes, it's the end of Daylight Saving Time. You know, the one where the clocks go back which in theory gives us an "extra hour in bed" but which in practice always manages to slip by unnoticed as for some reason I always end up going to bed at least an hour later than normal on the evening before. Unlike the one where the clocks go forward when I end up being late for work for a week.

It was even worse in the days when I used to spend all of Saturday night at the Slimelight. In the spring due to the clocks going forward the club would close on time at 7.30am, meaning that I'd spent an hour less there, whereas in the autumn when the clocks went back it would remain open for the normal time span and therefore close at 6.30am, necessitating a long wait for the first tube... It's to be expected of course - the odds are always stacked in favour of the house.

There's a phrase to remember these seasonal clock movements, isn't there? Something along the lines of "Spring Onions Fall Over".

It's also traditional at this time of year for someone or other to start making a noise about how we should stay on British Summer Time and then go forward another hour the following spring. That doesn't make any sense to me. As someone who lives pretty much as near as dammit on the Greenwich Meridian (longitude -0.165) it seems logical to me that the sun should be overhead at mid-day... however that's where all the trouble started and why we had to invent time zones in the first place.

Before the invention of time zones we used solar time, which meant that when the sun was overhead it was noon. This meant that 12 midday in London was only 11.44am in Plymouth. Luckily, back then there was no TV or radio, so this was less confusing that at first it might appear, and even if you had a very fast horse you'd be hard put to find a way to take advantage of this discrepancy.

Then they invented railways and before long it started getting a bit confusing for people travelling between Plymouth and London what with all the resetting of watches, so by 1848 all of the train companies adopted Greenwich Mean Time. However, it wasn't until 1880 that it was officially adopted across the country. Just in the nick of time; on the other side of the Atlantic, Edison was busy inventing radio.

So we've got it sorted.

"Is this the GMT or is this the UTC, I thought it was the BST or just another time zone..."

It's going to get confusing again when we colonise Mars.