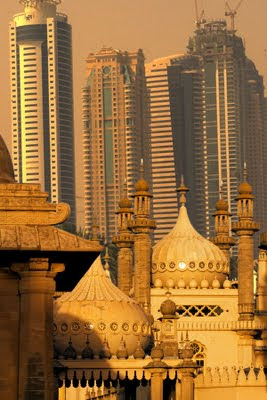 We've already seen that if you point a dreaming brain at a wall of red noise (namely the mind static sensory input of someone sleeping) it plays a game of twenty million questions which, thanks to a lowered sense of discrimination, results in a reasonably coherent narrative.

Even though in some ways this means that dreams are being made up as they go along, this doesn't mean that they are random and meaningless. After all, it could be claimed that life itself is being made up as it goes along, but it's only the most hardened atheist nihilists that would claim that it too is meaningless (although we shall learn more of this point of view on another occasion).

No, all this means is that the mechanism whereby we make sense of the world is allowed free reign. Instead of cross-examining reality and building up a fairly high definition, coherent picture which bears a close resemblance to whatever is actually out there (whatever "actually" really means) it's effectively interrogating the void and making up its own answers. Unlike the waking sensorium which is a model of the universe, the dreaming sensorium is a model of the hopes and fears of the human mind, as well as being a model of the expectations the individual has of the universe.

No wonder it can be so weird.

The odd thing I find is that it can be consistent from dream to dream, even years apart. There are places I find myself revisiting which have no existence in reality but which nevertheless I've dreamed about many times before. Sometimes they have a supposed identity as part of a past scenario (this is supposed to be part of my childhood in Edmonton, that part of East Finchley), but they rarely if ever bear any real resemblance to the long-gone reality itself.

There are a couple of flats that make regular appearances in my dreams; you could almost say they're my pieds-à-rêve. One's on the roof of another building and has a ceiling made mostly of glass. It's kind of like a roof-top conservatory. You can go out onto the roof itself - like a patio. It's in the centre of a large city, possibly London or New York.

The other is a flat underground; usually beneath the garden of the house in Muswell Hill I lived in during the early eighties. It's accessible via a small spiral staircase near the back door of the house and also has a couple of windows at the end of the garden where the ground falls away (it doesn't fall away in reality). This flat smells of mould but nonetheless there's something exciting about it, a sense of the rediscovery of something long-hidden.

It's not just imaginary locations that seem to have a consistent existence from dream to dream; sometimes real places get a makeover from Morpheus. Brighton in particular seems to have a dream character all it's own. It's far bigger for a start; arriving in on the freeway you come over the crest of a hill and see the sprawl of the city below, complete with skyscrapers clustered around the seafront. The freeway passes through a tunnel which brings you out in the city centre itself. There's a bazaar in Kemp Town and a monorail heading out towards Rottingdean.

There's a grid of wide Georgian streets stretching back from the seafront and the beach itself is much wider. Oddest of all there are some uninhabited islands made mostly of bare black granite about half a mile out to sea. The water's always warm, so it's often fun to swim out to these.

It can be disappointing to wake up and find this place doesn't exist. Perhaps it will one day...
dreams journal sleep