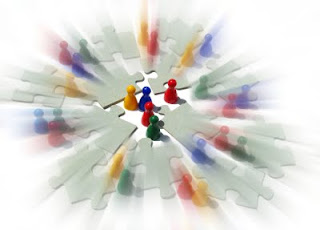 Q: What do you get if you take the content of the previous two blog entries and extrapolate from there?

A: Something that sounds a bit like Weird Shit.

Sorry, that wasn't my intention. In the tradition of the good old thought experiment I'm only going to talk about what is or what might be and am not going to invoke any mysterious ineffable power. There'll be no "god did it" here - it's the philosophical equivalent of "because I say so" and we all remember how annoying that was when we were kids.

Yesterday I was trying to demonstrate how linear time might be an illusion. I realised later that in doing so I inadvertently implied that another sort of time existed - in saying "your previous present was in 2023, and you may shortly be departing for 1977" I was indicating that these three selves, 2023, 2009 and 1977, were being visited in sequence. A sequence implies time. A kind of meta-time. I didn't mean to; it's just that as beings that exist in what we think of as time it can be hard to express ourselves without referring to it.

However, the point that we don't have to experience our lives sequentially still stands.

Now think back to the entry previous to that, the one about living forever. I argued that even if we cracked the problem of our physical bodies running down (and there's no reason why we shouldn't) we'd we'd sooner or later run out of memory and start glitching like a 1990s Pentium. In order to keep going we'd have to start archiving the older stuff. Enough of this archiving and withing a few hundred years we'd effectively be a different person. And this didn't matter.

The two main conclusions here are that time isn't linear and that personality isn't constant.

This means that the non-linear being who changes personality every couple of centuries might well be experiencing reading an obscure blog in 2009 and moments later be climbing the north face of Olympus Mons on Mars in 2167 with a completely different set of memories.

But why stop there? If our Quantum Leaping consciousness can switch personalities without noticing - and why should it, every time it "arrives" it finds a fully functional mindset with matching memories - then there's no reason it should be confined to one person. You may be you at the computer reading this now, but a few seconds ago you could have been Pope Pius IX in 1877. Next up could be Gloria Gaynor in the middle of recording I Will Survive in 1978 followed by Thugg the Caveman in 20,349 BC sitting staring at the fire in his cave in that land that his descendants would one day call Wolverhampton.

Just as we are told that we are made up of atoms that very probably were once part of the bodies of Henry VIII or Quintus Ligarius, we've all probably at one point been them as well.

Hang on though. What did I mean by "we've all"? If this is true then there doesn't need to be more than one consciousness, leaping across the ages from person to person. We are all the same being.

Remember that next time you have a go at someone. At some point you're going to be on the receiving end of that venom.
journal mind philosophy Thugg the Caveman time