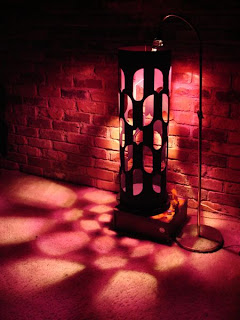 Seeing as I Think Therefore I Am apparently isn't good enough any more, I'm still trying to work out whether I am, and if so, what. This involves a lot of reading.

I've got The Emperor's New Mind and The Origin of Consciousness in the Breakdown of the Bicameral Mind in my to read list; first I'm re-reading Dennett's Consciousness Explained to see if I can mentally digest it this time.

I haven't got far enough to make any decisions, but some of the author's ideas are fascinating. I was in particular taken with his theory of hallucinations and dreams. In it he discusses the sheer volume of data that would be required to convincingly fake a realistic scenario, given the free will of the audience. It would be impossible, he claims. Does that mean I can stop looking forward to Total Immersion Virtual Reality cause it ain't gonna happen? Well, not necessarily.

It's important to realise that the world around us that we're experiencing isn't actually reality, it's a complex model we've built up in our brains. It may match reality (whatever that is) fairly closely, but nevertheless isn't it. Dennett suggests that we build up this model by asking questions of the input we're receiving from our sensory organs - kind of like Twenty Questions although it's probably nearer twenty million.

They probably start out fairly simple like Is It A Square? and after many iterations end up with Is It A Best Of Take That CD? at which point we can make the decision to drop it on the floor and stamp on it. The questions we "ask" are likely skewed by our own experiences and memories, so in many ways it's true to say that we do all live in a world of our own.

Where do dreams and hallucinations come into all this?

Allegedly they're generated simply by lowering the threshold of the question-asking mechanism, by making it far less discerning. Is It A Square? Ah probably, sod it, yeah. When we're asleep the input from our sensory organs is probably some kind of red noise, static. Nevertheless, if the discrimination setting of the Question-Machine is turned down enough we'll start seeing shapes - as I mentioned in an earlier blog, when waking in the night I often notice what I call the Dream Engine still running, my field of view filled with a complex symmetrical pattern of geometrical shapes spinning and marching across the cortex. This theory would say they're generated by pointing the Question-Machine on a low setting at static.

Hallucinations and dreams do seem to have relevance to our hopes and fears - this may be because the questions the machine asks are always skewed in favour of what's bothering us at the time. If the school bully's making our life hell, it's not surprising there can be two of him in a dream - at times like this the question Is It the Bully? is probably one of the more commonplace ones. This would also explain why in dreams places and people change identity. Is It The Queen? Yes. followed a few minutes later by Is It Amy Winehouse? Yes.

So in order to create a convincing Total Immersion Virtual Reality game all we'd need to do is lower the threshold of the Question-Machine and then feed it a fairly low resolution scenario. The brain will fill in all the rest. It means that no two people will experience the game the same way - but then again that's true of life.

Game walkthroughs would be difficult to write though: "Go back into the antechamber to pick up the red key and then argue with your parents before opening the red gate to discover you forgot to get dressed."
brain dreams game journal mind philosophy virtual reality

Catmachine said…
Red Noise: (n) The random signal input experienced by a human mind receiving no input from any of the the major sensory organs.