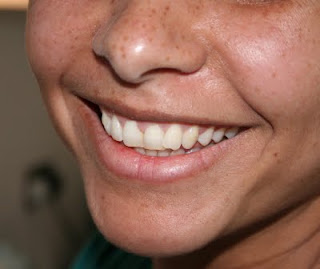 What makes something funny? Why do we laugh?

There are many theories about what constitutes humour, about what makes comedy. That's not quite what I'm trying to understand. I want to know what it's for.

In general everything about us has a beneficial biological purpose (apart from the appendix which seems to exist merely to become inflamed, affording many of us our first experience of an operation in which general anaesthetic is used). Even our behaviour - some would say especially our behaviour - has evolved in response to a specific need, to give us the advantage over those not so blessed. So where's the advantage in finding things funny? I can't see it.

Perhaps I'm looking at this the wrong way. Using an analogy might help.

Why do we feel lust? Like feeling amused it's an irresistible emotion which can temporarily take over our mind so we can think of nothing else. Well that's an easy one. We feel lust in order to make us have sex. What's the biological purpose of sex? Why to reproduce, everyone knows that.

So we have an emotion which provokes an action which has a necessary biological effect. The emotion has to be so strong because we're thinking beings and might otherwise question why we have to do something so strange. It can't be a more basic compulsion like having to go for a pee because sometimes its impossible or inappropriate to just have sex. Like when you're having a meeting with your bank manager. (Do people still do that these days?)

Logically therefore we have an emotion, being amused, which makes us want to perform an action. I'm talking about laughter. We feel amused because we need to laugh. So why do we laugh? What's its basic purpose?

That's a more tricky one.

Luckily our old friend Wikipedia is at hand. Apparently laughter is linked with the activation of the ventromedial prefrontal cortex of the brain, which produces endorphins after a rewarding activity. Endorphins. They're what a particularly patronising doctor I had some twenty years ago called "happy juice". So we laugh in order to feel good.

That's no great revelation. Why do we need to feel good in humour-like situations?

Thugg the Caveman and his mates are out hunting sabre-toothed tigers. They're sure one went behind that rock over there, or at least that's what Drugg claims to have seen. So they sneak up, spears at the ready. Things are tense. Last time they tackled a tiger Thugg received that scar on his left buttock and Mugg was killed. Their fight or flight responses are ready for action, adrenal glands cocked, poised to flood adrenalin into their bloodstreams.

They round the rock and...

What are their bodies going to do with all this adrenalin? If they're not careful all that pent up tension is going to make them start fighting each other. Instead, Drugg laughs and they all join in. The tension is defused as their brains flood with endorphins, neutralising the fight-or-flight response. At the same time their sense of camaraderie is bolstered by the shared hilarity. Next time they'll be an even more efficient hunting force.

Of course there's a lot more to comedy than that. Just as lust has become decoupled from reproduction with myriad forms of fetishism providing it with a non-reproductive outlet (not to mention contraception), comedy no longer serves the sole purpose of stopping us all beating each other up.

Just like lust, it's taken on a life of its own. A night at a comedy club is therefore the equivalent of guilt-free safe sex.

Sulci Collective said…
Think you've nailed it, but maybe laughter is also an emotional regulator as much as an adrenalin one. Didn't stage comedy arise from the breaks between harrowing scenes in Greek Tragedies? It was too much to take in as a relentless thing, so they broke up the tension with some Classical Greek gags.
Friday, October 09, 2009 8:54:00 am

Catmachine said…
That's true - although of course I now want to investigate the biological purpose of tragedies...
Friday, October 09, 2009 9:38:00 am

Sulci Collective said…
They talk in terms of an emotional catharsis for the audience by the end of the play. That's why I gave up playwritimg, didn't want to let them off the hook that easy. 'Okay Orestes and Electra had it tough, who fancies Chinese for supper?'
Friday, October 09, 2009 6:32:00 pm