The psychology behind Hate Week is precisely that of working up both party members and proles into a frenzy of self-righteous hate for the enemy, pushing out of their minds all thought of the unsatisfactory lives that they themselves are living.
George Orwell 1984 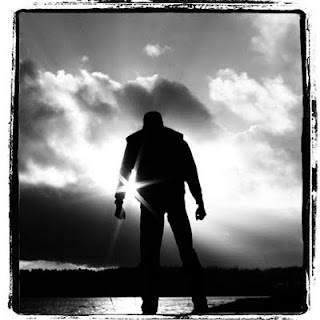 If we return to our old friend Thugg the Caveman, whose antics are always handy when it comes to trying to explain modern behaviour, it's straightforward to see why we human beings find it so easy to hate. The Other Tribe at the far end of the dirt track that would one day be the M6 are in competition with Thugg's gang; there are only so many sabre-toothed tigers to go around. In order to maximise the chances of Thugg's people making it out of the Stone Age in one piece they have to be able to kill members of The Other Tribe without a moment's thought if necessary.

Chromosomes are ruthless bastards when it comes to ensuring that they're passed on.

The only problem of course is that in its journey towards civilization the mind has acquired a characteristic that might make this difficult. Empathy. Empathy is what's made it possible for Thugg and friends to, well, be friends. Living together and helping each other is more advantageous to The Thugg Tribe's gene puddle. That's all very well, but its counterproductive when it comes to making sure that the future's Thugg, not Other.

Brain Labs come up with a new app. It's called Hate and it allows early man to bludgeon anyone who's an Other with a clear conscience. Problem solved.

Fast forward to the present. In the twenty-first century, hate no longer has a place in our brains. We've realised that we are in fact all one tribe, and that biologically the only gene pool we have to ensure survives is the human one. There are no longer any Others.

The problem with these brain apps is that they're very difficult to uninstall. What's more, like many items in the selfish gene's armoury, they're also very powerful. Hate will find a way.

Some people just resurrect the old tribal rivalries - hatred through football. Most of the time though people just redefine Other, effectively narrowing the definition of their own tribe. Other can be anything. Someone with a different skin colour, different sexual preference, different set of religious beliefs. Someone who dresses differently, has a different hair style or is overweight.

We know it's wrong. We want to stop, but it can be difficult. We practice tolerance, but as a wise man once said "Just because you tolerate something doesn't mean it can't still piss you off!" Tolerance is not enough. We have to stop being pissed off.

Some people can't stop and just try to find an acceptable hate figure instead. Those espousing hate itself, the far-right are popular in this role, but with them there's always a nagging feeling that in hating them one is sinking down to their level. One needs someone to look down on, someone that no-one could possibly defend.

Paedophiles fit the bill nicely. Next time there's a news report about the trial of a child killer or paedophile, have a look at the faces of the baying crowd outside. Are their faces contorted in fury because they're thinking of the terrible ordeal the victim went through or the nightmare the victim's family will be going through for the rest of their lives?