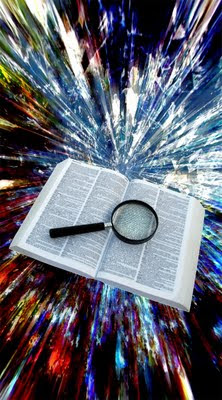 It's November. I know that's stating the bleeding obvious, but for some writers it's a particularly important month. They're going to write a complete novel from scratch.

I am of course talking about National Novel Writing Month or NaNoWriMo as it's more commonly known. This is an annual event whereby people sign up to the web site and pledge to complete a 50,000 word novel by the end of the month. No editing - there's no time for that - just a great big splurge.

Strictly speaking 50K isn't a novel it's a novella. To give it some kind of context, Steinbeck's Of Mice And Men, Kafka's The Metamorphosis and Orwell's Animal Farm all clock in at around this length. Quite apart from their undoubted quality, they're all books that require some effort and dedicated time to read but on the other hand they're nothing you're going to be able to whack anyone round the head with and knock them out. Even with a hardback special anniversary edition.

A novella in a month may sound like a daunting task, but working it out it only comes to 1,667 words a day. Every day. For just one month. Hell, even I could do that, at a push.

I'm not going to sign up for it this year, however. I have too much on my plate word-wise what with writing this blog and pushing my own half-written novel forward. However, it doesn't mean that I can't take some encouragement and something positive from the mere existence of NaNoWriMo.

I've always struggled with my word count. When on my creative writing course I found it incredibly difficult to even get within shouting distance of the bare acceptable minimum even if I went through the piece afterwards and made it artificially more verbose. Never mind merciless editing and "murder your darlings"; I had trouble fattening them up. They could have done with a few unhealthy packets of fried adverbs just to keep them going until the end of the paragraph.

On the other hand, if anyone else on the course even had a problem it was more that they struggled to contain their brain's most glorious outpourings to the meagre constraints set by the tutor. Two thousand words? Aw, can't it be ten thousand?

Basically, they wrote a lot.

Whilst still on the unproductive side, I think I'm beginning to improve; nowadays I tend not to have any trouble knocking off 500 words, something which I think writing this blog every day has helped with enormously. What's more, once I'm in the zone I can crack 2,000 in one session no trouble.

So even though I'm not taking part in November's writing experiment this year, I'm hoping I can tap into the inspiration field and manage around 1,667 words a day on my novel, taking it from 35,000 to 85,000 in one big push which means that I'll be within shouting distance of the end. That's something to look forward to.

Will I manage it though? Watch this space.
journal word count words writing

Sulci Collective said…
The word count tool on Microsoft Word should be greyed out until you type "The End" at well the end of your novel.

Writers know if they're being disciplined enough to sit down and do justice to their work in any session of writing. You can write 35 crucial words in 2 hours as much as 2500 uninspired ones.

I've never understood daily word counts or writer's block - for just the reasons you state - real life means I'm always having to play catch up with my own material and scratch out time to get it down.

Good luck to the NaNoWriMo brigade. Keep those word tickers ticking. And then ask yourself if you can do it for the other 11 months of the year.
Monday, November 02, 2009 10:33:00 am