"Clocks slay time... time is dead as long as it is being clicked off by little wheels; only when the clock stops does time come to life."
William Faulkner 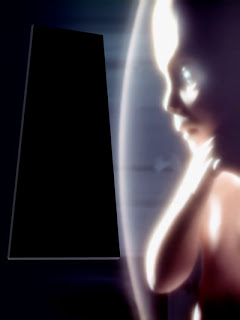 I've spent a lot of the afternoon coding, communicating with a virtual space in the arcane languages of CSS and XHTML so as to produce the effect that a client wants. It should of course be far easier than it actually is. We invented this stuff, why is some of it so opaque? Sometimes I seriously think that these computer languages were deliberately made as unfathomable as possible by the geeks that invented them in order to give themselves a mystical, almost wizardly cachet. Have you seen Regular Expressions? They seem permanently beyond my reach; every time I think I'm getting a handle on them they throw up something to baffle me.

Other times I think it's just plain old human inefficiency.

I'm getting metablogular again, but the practical upshot of this day at the code face means that I'm writing this far later than I should be. In the week the blog is a first thing in the day event, 500 words before I've even got my brain in gear. During normal weekends I allow myself to relax a bit and write it during the day. For some reason I've left it very late today. However, I am determined not to be beaten! Missing a day at this stage would still be a failure.

It is getting difficult though; I'd love to report that I've been making great strides on the novel but am unable to do so. THERE IS NEVER ENOUGH TIME! Not to maintain my day job, the writing, the (very occasional, it's true) band activities, the freelance and the life. It's almost worth becoming evil and seeking immortality just to get everything I want done. It may be a curse, not a blessing, but at the moment it would be a very useful curse.

As I have said before, it's not just a case of things speeding up as I'm getting older. Certainly there are elements of that phenomenon present, but there's something else going on. Everyone is getting busier and busier and has less and less time available to them. Is it a side effect of information overload? What is it that is so important that everyone seems to be working their darnedest to just... just... keep going?

The main difference between the world now and in (say) 1979 is in the sheer amount of information available to us all and the channels via which this information is flowing. If you want to know something you can find out the answer almost instantaneously. If you want to speak to anyone you can do so (within reason) straight away.

The world of information and communication is becoming a far more complex system than has ever existed, and we are all part of it, our brains mere components in a vast planetary machine. Is the perceived acceleration of time the first momentary awareness we have that we're becoming part of something huge that is about to be born?

It is, after all, already 2009. The Star Child is late enough as it is.
code journal time work writing

Sulci Collective said…
You're absolutely right about speed of data retrieval - do you remember courier bikes in the 80's? We thought that was rapid delivery. But I suspect in the same way we have all become skim readers online and multi-taskers while we read (itunes, Twitter, Youtube vids, pinging e-mails etc) so that for all this info we don't get much depth, in the rest of our lives we are also not managing out time very well in a flurry of simultaneous activities, mastering none.

I also think people are having to put in more hours at their day jobs - eating lunch at their desks etc, no longer spending lunch hour down the pub - I though computers were supposed to cut our workloads?

Rather than specifically laying it at information's feet, I think it is a more widespread cultural thing, ie even in those households not blessed/cursed by broadband connection. We just seem a bit more dissipated and strung out in our energies and focus.

The more the pace of life quickens up, the more we seek little respites from it, in which we actually do/achieve very little for we are inactive in such times. We don't utilise our energies to their best effect.

If you ever want to recall how bad it was in the 70's, watch old re-runs of The Sweeney - no mobile phones, so half the time the Cops have to get to a public payphone to call into the office. It's amazing they ever caught any criminals in those days...
Sunday, November 15, 2009 12:12:00 am