Now you're under control... 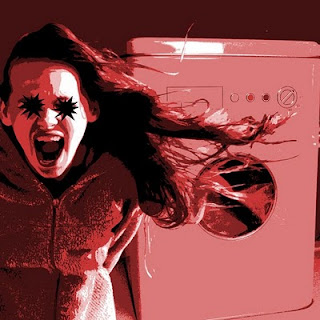 There's a bit of minor furore at the moment about the fact that Rage Against the Machine might beat X-Factor to the Christmas number one slot as a result of a concerted Facebook and Twitter campaign. Rather doing the sensible thing and ignoring it (after all on Sunday it'll all be over bar the shouting of "Fuck you I won't do what you tell me!") I've decided to wade in and express my own opinion, despite the fact that I doubt anyone's interested. This is the reason for this extra blog entry (usually I only write every other day).

Group 1 seem to think they're doing something bold and exciting and sticking it to the man. Well that's not really the case; despite the fact that they're left-wing agit-rockers, Rage Against the Machine are actually signed to Epic, a subsidiary of Sony, so a lot of the profit will be going into the pockets of media moguls. Also the Christmas number one doesn't really mean much any more, nor indeed do the charts mean as much as they used to, especially now Top of the Pops is dead.

Group 2 seem to think the whole thing is invalid for the reasons given in the paragraph above, and argue that people should be devoting their energies to more pressing matters. They dismiss the fact that the charity Shelter stands to benefit from association with the campaign: "Well you should be donating to charity anyway". Yes, that's true - so should we all - but surely anything that makes people who aren't currently donating start doing it is a good thing? Of course I have no idea about the motives of Group 2, but get the distinct whiff of curmudgeonly sour grapes that they didn't think of it first...

So I do think it's a good thing, and have purchased Killing In The Name from iTunes as well as donating to Shelter via http://www.justgiving.com/ratm4xmas. Not because I think I'm sticking it to the man, or even because I want to piss Simon Cowell off (his state of mind is not high on my agenda), but for two different reasons.

Firstly it's nice to protest in some small manner about the appalling way the music industry has become commercialised. Killing In The Name is a great song by a real band, not "one of countless songs published for the benefit of the proles by a sub-section of the Music Department and composed without any human intervention whatever on an instrument known as a versificator" (George Orwell, 1984).

Secondly, and more importantly, it's an object lesson in people power. It shows in a fairly harmless manner to people who might otherwise think "but what can I do?" that together people are stronger. Whilst subverting the UK Top 40 for one week is hardly the fall of the Berlin Wall, it's an interesting demonstration of the way the internet and social media have empowered us in a way we never have been before.

Today the X-Factor, tomorrow real social injustice. In a way this whole debacle is just a test, the gestalt masses of homo digitalis flexing their muscles for the first time.

And as I write, Shelter are £45,096.16 better off than they were last Saturday, which can't be bad, plus Rage Against the Machine's Tom Morello has pledged to donate some of the proceeds of this unexpected windfall to a charity helping children in the UK start careers in music.

"The one thing about the X Factor show, much like our own American Idol, is if you're a viewer of the show you get to vote for one contestant or the other, but you don't really get to vote against the show itself until now.

It's this machinery that puts forward a particular type of music which represents a particular kind of listener.

There are a lot of people who don't feel represented by it and this Christmas in the UK they're having their say."
Tom Morello, Rage Against the Machine, BBC News Website