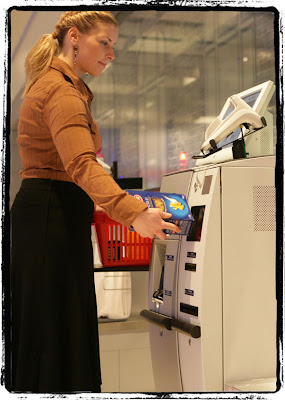 It's that time of year and that time of decade when people start looking back at the previous ten years and start making lists. This is the third occasion I remember clearly; in theory of course I was old enough to remember the Seventies Retrospective, but perhaps there wasn't as big a deal made about it at the time; perhaps there were still enough new and exciting things around for the media of the day to be looking forward rather than back.

And perhaps the media itself was still enthusiastic and experimental enough still to find getting caught up in nostalgia and retro a bit boring. Never mind what happened in 1971, look what's around now in 1979! The Clash. Independence for Zimbabwe. Kate Bush. The first Star Trek movie. Tubeway Army. Sheep Farming in Barnet. Blondie. Blake's Seven. The Police. City of Death. Joy Division. The list is endless, the future looked bright.

That said, the current look back at the past decade seems a bit lacklustre this time. I think for a different reason though. It's because even now during its last couple of weeks we've yet to come up with a decent, commonly-accepted term for it. The Noughties? Fuck off, that's not even a proper word. In the absence of correct nomenclature the whole retrospective process feels a bit pointless. Nevertheless I am going to indulge myself, if only a little bit.

What is the one thing that occurred during the past ten years that has improved my life beyond measure?

No, not the internet, that's been around for a surprisingly long time. Not the demise of the CRT, although I have to admit that's up there in the top ten. No, this may be a surprising choice, but my Invention of the Decade has to be the self-service supermarket checkout.

I'm not joking, I think they're brilliant. Firstly, the majority of shoppers are still so wary of them that it means I never have to queue up in the supermarket any more, and secondly it means I don't have to deal with the member of staff operating the till. What's wrong with checkout staff? Let me count the ways...

Firstly there's the Someone Likes Yoghurt syndrome, as identified by comedian Richard Herring in his 2005 show. For some reason, checkout staff seem to think that the fact that they've been employed for their ability to move objects across a beam of coherent light and open a foolproof till gives them carte blanche to comment on and judge you for your shopping choices.

Maybe they see this merely as an opening gambit for the second reason they're so hateful. They try to engage you in conversation all the time. When I'm in the supermarket I'm not in the best of moods, half the time they've sold out of whatever I'd come in there for in the first place. The last thing I want is to talk rubbish with someone I don't know - I find conversation difficult enough at the best of times.

Thirdly they seem to think they're in a race with you. Can they finish scanning the items and chucking them at you before you've finished packing so they can roll their eyes at the person behind you in the queue and sigh noisily at your tardiness? Of course they can, they always win because their task has been enhanced by technology. I'd like to see how they'd do if they had to type all the bar codes in by hand.

So all in all I'm pleased that the same technology has now come to my aid and is making my life more bearable. I even like the soothing voice that welcomes me and reminds me to wait for my change and that notes are dispensed below the scanner.

I know a lot of people complain about the things, but that's just because they can't be bothered to work out how to use something new. The general public love to wear their self-proclaimed "uselessness with technology" on their sleeves as a perverse badge of honour. Even though on the surface they're being self deprecating, the subtext is always making a point about how crap they think technology actually is and what an awful person someone who is comfortable with it must be.

Of course it's different when you give them iPods and mobile phones.

Naturally, there's room for improvement when it comes to the operation of self-service checkouts. For a start they need to stop being so hung up on how many of your own bags you're using and just give you one green clubcard point for, say, every ten items you buy when you don't use their bags. They need to stop worrying quite so much about "unexpected item in bagging area". Half the time that's your own bag you're bringing in to be green.

No, the main problem for me with self-service checkouts is that they free up the staff to wander around with those metal cages on wheels restocking the shelves. Not that there's anything wrong with that in principle, it's just that when they're shoving these behemoths around the aisles they behave as if the shop's being run for their benefit and that customers are just an irritation.