"The trouble with the world is that the stupid are cocksure and the intelligent are full of doubt."
Bertrand Russell 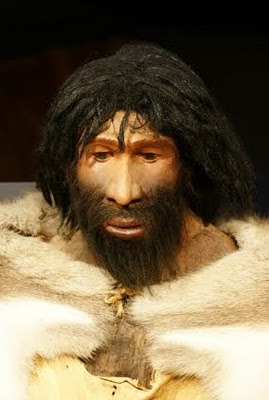 Much as I find the above quote amusing and intellectually appealing, I'm not sure it's entirely true. Of course on one level I'd like it to be because it would appeal to my vanity. It would allow me to take one of my flaws - a lack of confidence and surfeit of doubt - and turn it into a virtue. I'm scared therefore I'm smart.

The funny thing is that if I accepted the quote to be true and used it for self validation as described above I'd be indulging in an intellectual vanity, which could of course be considered confidence of a sort. A paradox.

And wherever we find a paradox we're probably missing something somewhere. Of course confidence can be seen as a symptom of, if not stupidity, then at least of a lack of consideration as to what the future might hold. A symptom of a lack of imagination.

Thugg the Caveman had a cousin called Grugg who was notoriously confident. He was famous for it. He'd rush out from his cave every morning whirling his bone club about his head and as like as not would return by lunchtime dragging the carcass of a sabre-toothed tiger by its tail. As far as Grugg was concerned he was unstoppable. He'd never been injured or killed so he couldn't imagine it happening. I am Grugg the Invincible! he would say three or four times a day. It didn't half get on Thugg's wick.

But Thugg couldn't bring himself to behave like that. When he closed his eyes at night he had nightmares about what might happen should he trip over in the middle of a sabre-toothed tiger hunt and get a tooth or claw stuck in him. He'd be horribly hurt. He might lose a leg and have to spend the rest of his days sitting in a pile of his own shit in the corner of the cave just like Zugg.

And worst of all he might die. As far as he was concerned, Being Thugg was an incredible gift from the universe which he was unwilling to throw away for the sake of Being Confident, no matter how much it impressed the cavegirls.

However, as far as those selfish genes were concerned, impressing the opposite sex is what it was all about. Whilst Grugg may have died horribly at the age of 22 in a messy sabre-tooth tiger related incident, he had impressed the cavegirls enough to ensure the human race was guaranteed a future supply of Gruggs. By inventing a new kind of flint arrowhead and a more efficient wheel all Thugg had managed was to become the first nerd. As well as providing Grugg's descendants with a better quality of life.

It's all changed now, and life is a lot less dangerous, so confidence is less likely to get you killed. Why should confidence be the preserve of the dim-witted? Of course the alarm bells of the imagination will still ring when we consider a risky stratagem, but the key to success is to listen to them, weight up the pros and cons and then just do it anyway.

Confidence is all outward appearance anyway, so can be faked, and if you're a good enough actor, pretending to be confident can be indistinguishable from the real thing.
death journal memes mind people philosophy Thugg the Caveman

i have always thought...Being confident can come from either not seeing all the possible outcomes, or seeing them, but being brave enough or arrogant enough to be confident in your descision anyway!