"I'm just a face in the crowd / Nothing to worry about
Not even trying to stand out
I'm getting smaller and smaller and smaller
And I got nothing to say / It's all been taken away
I just behave and obey
I'm afraid I am starting to fade away"
Nine Inch Nails, Getting Smaller 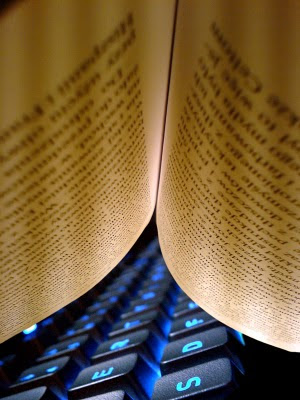 I don't know what Trent Reznor thinks he has to worry about - he's the same age as me and yet made his mark years ago and chalked up an achievement that many of us would like to, that of credible songwriter rockstar.

But I know what he's on about though. Given that it's been written by someone who doesn't know what it's like, the above quote is an uncannily accurate reflection of the thought processes of someone who's reached my age without achieving anything worthwhile.

It's easy when you're young of course. You can entertain all sorts of notions about how you're going to be a rock star, a writer, a DJ, and it all seems quite achievable. The only problem is that there doesn't seem to be any rush and that consequently you spend so much time enjoying yourself that you suddenly wake up and realise that you've missed the boat. Those that have already made it were the ones that actually focused on the task at hand when they still had youth on their side. Either that or they were incredibly lucky.

Another mistake that we make when young is that we see the achievement of our creative ambitions as a means to an end. In my case I hoped it would get me a girlfriend and loads of money. That is not the point. Creation of art, music or literature is an end in itself.

It's easy at this point to start pointing the finger of blame and indulging in the if only game. Ultimately though this is unproductive, like some kind of narcotic it might make you feel better for a few minutes, but in the longer term it's eating away at the pathways of your remaining ambition, and if you're not careful you'll end up sitting in a pool of your own piss in an old people's home with those magnificient octopi unwritten in your head.

When someone tells me "It's never too late" my initial impulse is to bludgeon them around the head with the nearest blunt instrument and push them into the path of an oncoming vehicle, but there is some truth in that annoying aphorism. By the time I'd entered my thirties I'd given up on any hope of playing in a band, but to my surprise and delight before my thirty-fifth birthday I'd been on stage in front of a huge crowd in the South of France at an all-dayer. OK, so this might give an exaggerated impression of our importance - most of the time we played in pubs but one summer were lucky enough to get on the bill for a European Tour. And I discovered that the one thing I enjoyed more than watching a band perform was being in a band performing.

My other major ambition, writing fiction, has no Best Before. You can start at any point. The abortive start I made in my late twenties won't be held against me, and in fact now that I'm older I find ambition more urgent. I'm not going to get distracted by having fun as I've now reached the position where I can see the downhill slope of the remainder of my life and have spotted the Grim Reaper waiting at the bottom looking impatiently at his or her watch.

Besides, the act of creation is having fun.

So, I have decided to knuckle down and strike out for the finish line of my novel. I've now been writing this blog on at least a bi-daily basis for exactly six months, and so I'm hoping the exercise loosened my brain bowels enough for me to finish the novel in a couple of months. So I won't be blogging every other day any more - at least not until the first draft is finished.

I'm not totally cutting myself off from the blogosphere though - I'll check-in here for an update, say once a week, and no doubt will continue to express myself in 140-character chunks on Twitter.

So it's by no means goodbye. I've already got several future blog subjects backed up. Let's hope that they're like wine and that bottling them up will improve the quality.

Sulci Collective said…
There is a part of me that feels that maturing/developing is achieved by recognising that one isn't going to change the world as we might have imagined when we were youths. Or even leave much of an imprint on it with great artistic work. Downsizing one's ambitions. Then there's another part of me that won't grow up, still tilts at windmills and is still determined to write the great 21st Century (as it now is) novel.

Good luck with the first draft.

stuart said…
I shall miss these bi-daily blogs of yours Chris,but of course understand the need to press forward with the novel. I shall greatly look forward to reading it when it is published.
It was reading your blogs that inspired me to start my own, after really not writing anything for eight years, so thank you for the inspiration.
Glad it's not the end of catmachine though... and I hope there is going to be the eighth part of the dimensionally transcendental confessions...
Monday, February 15, 2010 10:28:00 am

Catmachine said…
Marc - yes I have sometimes thought the same, that maturity is marked by a recognition of our insignificance and a downscaling of our ambitions. However, my response has always been "Maturity? Who needs it?" as I am determined to make something of my creative urges!

Stuart - glad to have been of inspiration, especially given how fascinating I find your "Ghosthunter" blog entries. As I've mentioned before,t hey definitely feel worthy of publication in either anexpanded or fictionalised form.
Monday, February 15, 2010 11:19:00 am