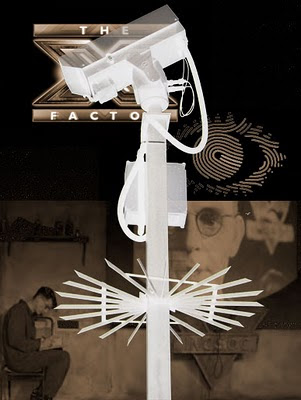 I always found Winston Smith's work at the Ministry of Truth one of the most fascinating parts of Orwell's Nineteen Eighty Four (since before I worked in an office so it's not just empathy). I first read the novel at the age of thirteen; and despite what my parents might have thought, I did indeed read the whole thing in a few days, including The Theory and Practice of Oligarchical Collectivism.

Since its publication the book has always been a byword for the dangers of totalitarianism, and even back when I first read it many adults were doom-saying about how it was All Coming True. On closer questioning however it turned out that all they were really bothered about was the introduction of the metric system and the 24 hour clock. Never mind a boot stamping on a human face forever; the worst thing in the world was the prospect of not being able to buy one's vegetables in pounds, ounces and drams. Orwell was right, I tell you! they used to cry at every opportunity.

And they're still banging on about it to this day.

I don't think that was Orwell's point.

However, reading the book again in the twenty-first century, many other aspects of it do now seem to be seem to be frighteningly prescient. Whilst we may have to yet to perfect the versificator, the description of its output is eerily familar to anyone who's ever watched X-Factor "...dreadful rubbish..." "...one of countless similar songs published for the benefit of the proles by a sub-section of the Music Department ... composed without any human intervention whatever..."

The tabloids seem to have been predicted with devastating accuracy too: "... rubbishy newspapers containing almost nothing except sport, crime and astrology..."

Moving beyond the Ministry of Truth's output, it's not hard to see Orwellian influence in many other aspects of life in 2010. Unlike the citizens of Airstrip One we've yet to invite CCTV into our own homes, but it is sobering to contemplate just how much footage of us is out there. At least temporarily. Whether anyone actually bothers to watch is another matter altogether although I wouldn't be surprised to discover that digital text-based communications are monitored automatically. All they'd need to do is type "dissent" into Twitterfall and it's all done for them.

Reality TV is of course the Orwellian nightmare turned on its head. What TV shows like Big Brother prove is how annoying and ultimately very boring 24 hour surveillance of the general public would be.

Last night to the flicks. All Celebrity Big Brother highlights. One very good bit of a ship full of housemates being bombed somewhere in the Mediterranean. Audience much amused by shots of that great huge fat man from that show trying to swim away with a helicopter after him then he was full of holes and the sea round him turned pink and he sank as suddenly as though the holes had let in the water, audience shouting with laughter when he sank but a woman down in the prole part of the house suddenly started kicking up a fuss and shouting they didnt oughter of showed it not in front of kids they didnt it aint right not in front of kids...

Of course just because we may be boring it doesn't mean they're not watching us.

As a thirteen year old I found Winston's job particularly interesting. The concept of editing the past was alarming, but even at that age I couldn't quite see how it would work. Even if Winston rectifies the Minitrue library copy of times 3.12.83, what about all those copies out there that were originally sold via the news stand?If they weren't careful someone might end up with their chips wrapped in refs unpersons. I also didn't think it was at all likely that this sort of thing would ever happen.

How wrong I was. Years later as an adult I was actually asked to engage in Minitrue style revisionism as part of my job. As a lowly administrator I didn't feel I could say no; OK, so they wouldn't have thrown me in Room 101, but I reckon I'd have been in trouble. 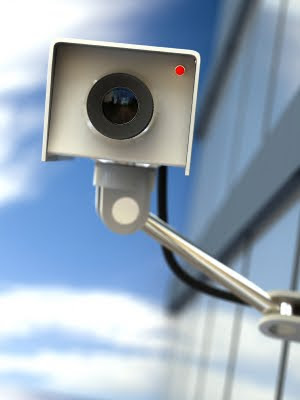 I'd like to stress at this point that these events occurred when I still lived and worked in London in the nineties and have absolutely nothing to do with my current employers. My personal online identity doesn't actually make any reference to my current employers, but if Nineteen Eighty Four has taught us anything it's that you never know who's reading. So to clarify - I'm talking about then, not now.

The place I was working in was due for an inspection. It always struck me as a bit stupid that these inspectors had to give notice anyway, as this meant that they were bound to get a false positive impression of the body they were scrutinizing, but that's the way it was. This meant we had several weeks notice, which gave my bosses (I had more than one) ample opportunity to go through their correspondence and get me to type up revised versions of the file copies of quite a few letters.

I can't remember what the differences were - usually very minor - but part of me was simply horrified by the fact that these senior academics thought there was absolutely nothing wrong in falsifying the records in this way.

Of course I should have said something, but as a mere copy typist who had only recently been hired after a period of unemployment I lacked the courage to interfere. It makes you wonder just how much of this stuff is going on all the time.

I can only hope that the rise of a public-controlled medium, namely the internet, will stop this kind of thing happening anywhere that it might actually matter. The very international nature of the internet, plus the way it has been designed, means that it's very difficult to suppress information, as Trafigura learned to their cost.

The internet is a great equaliser, the first truly punk medium, embracing the DIY "anyone can do it" ethic. It's important we don't lose access to it. Governmental control of information is as outmoded as religion.

Make sure you write to your MP.
top CCTV camera image by Barnaby Norwood

God, it's a barren featureless wasteland out there... We reach episode ten of the Dimensionally Transcendental Confession in which there are found to be slim pickings for a Doctor Who fan in the nineteen nineties.