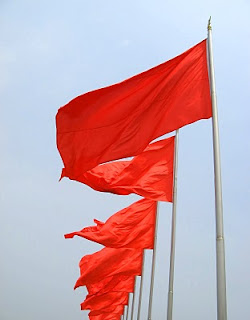 A couple of months ago there was a brief discussion on Twitter as to why some people seemed to get more right wing as they got older. Was this, some asked, a natural result of the aging process and if so how did that explain Tony Benn?

I can only speak for myself of course, but I don't really think my political views have changed since adolescence. Like most rational people who grew up under the yoke of Thatcherism I am still what you would call leftish, although in politics, as in other spheres of life, I am loathe to label myself. I just know what I dislike, and it is by exploring what you dislike that you find out what political stripe you really are. What makes your blood boil?

One thing that really makes me furious is when people expect to be treated better than others because they consider themselves more important. It's the Don't you know who I am? syndrome. This has always wound me up and still does to this day. Years ago when I worked in London I recall one of the clients of the establishment I was employed by at the time becoming almost apoplectic and red faced with fury because the telephone in the room he hired wasn't entirely working to his satisfaction. Didn't we know who he was? No, and I don't remember his name now either, just his behaviour. He was some self important academic type or other. A shithead.

Why does this anger me so much? On some level I must actually believe that all people are created equal, and that respect is not automatically granted because of an imagined status or caste, but has to be earned by achievement and behaviour. Throwing a tantrum because you're not getting what you feel you deserve automatically disqualifies you from respect.

You could call this view a left wing one. It's a kind of instinctive socialism (with a small s) which feels more unconscious and automatic than the kind of principles that people pay a subscription fee for. For example I once had first hand experience of  Don't you know who I am? syndrome being employed by the entourage of a politician famous for her left-wing stance. It was at a gig where I was selling merchandise for the band; this politician's PA became very snotty when I expected her to actually pay for a CD. Was I so stupid as not to know who she was? Of course she should get it for free! Who did I think I was?

Perhaps it was just the PA being overzealous, but this behaviour didn't sit well with me at all. The politician concerned still enjoys a thoroughly left-wing reputation to this day.

Something else that makes my blood boil is hypocrisy. People espousing views not because they feel in their guts that they're right, but because it's trendy to do so. Left-wing views are trendy, so in order to appear part of the in-crowd some people express them very loudly.

They may as well have been talking about how many Chumbawumba gigs they'd been to.

Perhaps this explains why some people become more right wing when they get older. Its because they never were left wing but wore these beliefs like a costume to fit into a subculture. When they grew up they didn't care as much and so let their true right wing selves out into the open. Shedding their posturing was merely the mental equivalent of getting a sensible haircut.