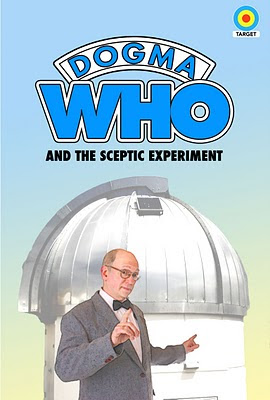 One of the criticisms levelled at vociferous atheists is that often they're just as bad as the godbotherers they're bashing, that science itself is as much of a "religion" as hard-core Islam or bible-belt Baptist.

This is untrue and unfair. Whilst I don't define myself as an atheist (there are plenty of things I don't believe in aside from a god) I am a rationalist and can see that this argument just doesn't hold water. As far as debate is concerned it's about as sophisticated as playground name calling.

I couldn't possibly repel this attack as well as Richard Dawkins does in the preface to the paperback edition of The God Delusion. In it he says:

"It is all too easy to mistake passion that can change its mind for fundamentalism, which never will."

This is to say a scientist passionate about his beliefs nevertheless when presented with firm evidence to the contrary will - in fact must - capitulate.

This is all well and good, but you couldn't be blamed for wondering whether this actually would be the case. Although scientists might sincerely think they want to live their intellectual lives by this creed, if actually presented with genuine evidence for the odd, might they not start back-pedalling? After all, Christianity, Islam and Judaism all claim to be following the word of a god who, at a point in time common to the roots of all three faiths, quite specifically said "Thou shalt not kill" and yet look at their track record. You could be forgiven a certain amount of cynicism. It is human beings we're dealing with here, after all.

To sort the wheat from the chaff let's propose an experiment. After all, what could be more scientific than that? In this experiment a sceptic (or group of sceptics) will be presented with what appears to be unequivocal evidence of the existence of something hitherto regarded as Weird Shit. 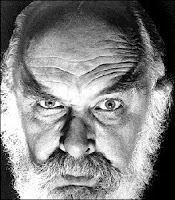 Not the existence of a god, that might prove difficult to mock up, but perhaps something along the lines of the psychokinetic powers that used to wind James Randi up so much that he offered $10,000 to any person who could "make the metal samples inside this sealed tube bend by psychokinetic powers"; an amount he later upped to $1,000,000 when he had no takers. To this day, the prize remains unclaimed - and in fact if Randi is so sure of himself why not up the prize to $1,000,000,000 plus an all expenses paid trip to Jupiter?

The Sceptic Experiment would have to be veiled in secrecy of course. The sceptics taking part would have to believe they were acting as observers for an investigation into paranormal phenomena even though in scientific circles these days even conducting such investigations is frowned upon (which seems a bit... unscientific to me). During the course of the experiment the subjects would be presented with totally convincing (although actually falsified) "evidence" that the phenomena they were observing were real, repeatable and provable. It doesn't really matter whether it's all done with smoke and mirrors or just a forged column of numbers on a computer screen.

So how would they react? It would be interesting to find out. What the scientific worldview should boil down to is "This has been proved therefore this exists, whereas this hasn't so doesn't necessarily". So if Randi is in a lab and sees the metal samples inside the sealed tube bend he should put his hands up and say "Ya got me!" before pulling out his chequebook.

We might suspect that, but without evidence we couldn't possible judge. That would be unscientific. Until the Sceptic Experiment is carried out we can't know.

A scientific paper claiming to provide evidence for the existence of precognition has been accepted for publication in a leading psychology journal. Whilst this evidence, if true, could revolutionise the way we think about the human mind and about time, what is more immediately interesting is what it reveals about the mindset of respectable scientists; a miniature preview of the results we might get if we actually carried out the Sceptic Experiment. In New Scientist a psychology professor said of the paper:


"My personal view is that this is ridiculous and can't be true. Going after the methodology and the experimental design is the first line of attack."

What? Surely the scientific attitude to a new theory in one's field should be that of interest and curiosity followed by an examination of the quality and accuracy of the work carried out? This reaction seems to imply that when a theory doesn't comply to a "personal view" of the way things are it should immediately be "gone after" and attacked. Whilst I have no idea whether this experimental evidence for precognition is significant and repeatable I am disappointed at the knee-jerk reaction on display here. These cries of "Heretic!" seem almost... religious.

"No matter how unorthodox the reasoning process or how unpalatable the conclusions, there is no excuse for any attempt to suppress new ideas, least of all by scientists committed to the free exchange of ideas."

(Carl Sagan, An Analysis of "Worlds in Collision": Introduction 1977)

I would like to think that science is better than that, but maybe that's just a personal view too...
journal logic people philosophy psychology religion sceptic science

Unknown said…
It is well known that scientists do not like having their world view changed. Even Einstein was a little shaken by quantum mechanics.