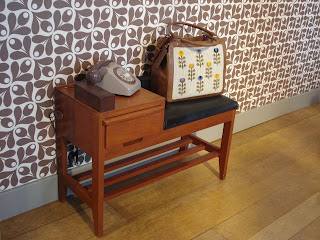 There's nothing wrong with phones themselves especially now you can use them to play games, take photos, access the internet, send email, mix music, edit images, watch films and listen to albums. The main problem is that you can still make calls on them.

Or rather, the main problem is that you can still receive calls. Of course even this wouldn't be a problem if other people didn't insist on calling you. But they do. The bastards.

From the beginning of recorded history until the late nineteenth century human communication fell into two broad categories; speech and written.

Speech is the oldest and most comprehensive of the historical communication methods. When speaking you communicate with another human being face to face in person and are able to view and interpret non-verbal signals as well as the verbal ones. Anyone who has ever been on a staff development course of any description will no doubt have come across the old adage that during any conversation only 7% of the communication taking place is verbal. Even if that's an exaggeration, it's probably fair to say that the majority of communication taking place is non-verbal and consists of the facial expressions and body language. Without them any exchange is incomplete and will probably fail in its intended purpose.

Writing is another matter. A written text may indeed have the same content as a conversation but there all similarities end. Writing is one dimensional and crystalized; writing is one person's opinion or appraisal of a situation. Writing is a wonderful thing and frees communication from the tyranny of space and time demanded by speech. With writing you can be privy to the thoughts of someone living 2000 years ago and can make your own thoughts available to the entire planet. Furthermore, it doesn't matter what the medium is; essentially the laborious exchange of tablets between Ancient Rome and its provinces is the same as a MSN chat session the only difference being the bandwidth. Stone slab or Twitter, best-selling-novel or Rosetta Stone, writing is probably the single most important development in the history of sentience.

The telephone call is very much of its time and Alexander Graham Bell's immortal demand "Watson, come here, I want you" set the tone for what was to follow.  The telephone call is neither speech nor writing and yet it's not some marvellous new third method either. As one of the first steps in the burgeoning science of electronic communication it's clearly the product of an immature technology, a worst-of-both-worlds hybrid of the spoken and written word.

The main problem is that phone calls are so downright ill-mannered. A phone call demands you stop whatever you're doing and pay attention; your actions interrupted on the impulse of whoever it is that's deigning to call you. Furthermore even if you are right in the middle of something you're made to feel that it's somehow you being rude if you tell the caller that you're busy.

Technology is at last beginning to catch up with the anachronistic phone call. The transmission of written communication is now just as quick and easy (if not more so) than that of speech which means that we're starting to regain our freedom from the capricious whims of others. Texts, emails or tweets are all short, to the point and most importantly can be put off until you're ready to look at them.


On the other hand the transmission of conversations still has a way to go, but it's getting there. Skype may fall short of Star Wars type holographic communication, but at least it's making an effort to drag the telephone onto the 21st century. The fact that it's a bit of a hassle is a plus too - making an appointment to Skype means that you end up doing it at a time convenient to both halves of the conversation rather than simply ringing someone up when they've got their trousers round their ankles mid-wipe...
Of course calls do have their place; aside from emergency calls there are occasions when only the phone will do, for example when family members, close friends or lovers are separated by continents, or when all you have access to is a phone.
In centuries to come people will wonder how we coped with the sound-only precursor of Total Immersion Telepresence and techno-psychiatrists will point at the multiple conflicts of our age as proof of the detrimental side-effects of the common phone call.

So, aside from the notable exceptions listed above, the Death of the Phone Call is a good thing, right? Not everyone will agree. Some people remain stubborn fans of the phone call. Listen in on them and you begin to understand why. 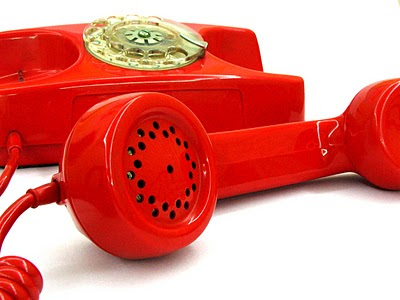 They won't shut up. They're not using the phone call to have a proxy conversation, they're using it to monologue. Really they should be writing, but they're just too lazy to put finger to keyboard. Every so often they'll make a concession to pretending it's a conversation by saying something like "But enough about me, how are you?" before skillfully steering the conversation back to their favourite topic.

You know, they're almost as self obsessed as bloggers...
journal people psychology telephone

Louise Halvardsson said…
At least you can read a blog post in your own time :). Very valid points. I HATE telephones for the above reasons you mentioned. It makes me really uncomfortable when I can't see what the person at the other end is doing ...
Tuesday, November 30, 2010 5:22:00 pm