May 14, 2011
Sometimes it seems that we will stop at nothing to find external reasons for avoiding doing what we really didn't want to do anyway. We know that we didn't want to do it but we tell ourselves that we would have done it nonetheless, if only it hadn't been for the thing with the stuff or the fact that the situation was thus. 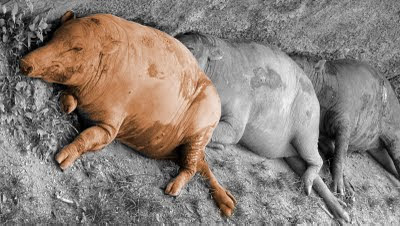 Case in point. I ended up Not Cycling into work yesterday morning. The official reason (that is to say the reason I went snuffling after so I could hold it up in front of me like a Get Out Of Jail Free card or an FBI warrant) is that my current bike is a write off. Well, according to the Bike Doctor at work anyway when I took it to him for a checkup. Never mind the fact that I managed perfectly well to cycle home after this grim news or the fact that despite this I originally planned to cycle in yesterday as "one last journey" on the ailing bike.

The real reason was that I wanted to carry on reading Neal Stephenson's Anathem, large chunks of which I had been managing to read on the iPad Kindle app whilst on my way into work on the bus. Quite apart from anything else I was pleased that I'd finally managed to trick myself into getting on with some reading by doing it on a gadget. I didn't want to spoil the flow or break my concentration.

I had started reading Anathem once before when I'd bought the hardback but the problem was that my rucksack ended up just too heavy to carry. It could of course have been argued that this "I couldn't pick it up" reason was just another excuse and the real reason I didn't want to read on the bus was because I wanted to mess about on Twitter and play Angry Birds. There may very well have been some truth in that but when it comes down to it I do love reading and don't get the time to do nearly enough of it. The Kindle app makes it easier and more portable. Even now I am wrestling with myself internally as to whether to buy the new China Miéville novel in solid or data form. On some level my old meatspace mind is arguing very strongly for the reality of material possessions and urging me to buy the physical manifestation. It's even suggesting that I can justify the space it will take up and the inconvenience of yet another material possession by getting a signed copy.

But this is of course just another excuse. Simply my mind thinking up a plausible reason for doing something that I actually want to do instead of what I really should be doing. I really should be conserving resources and cutting back on the amount of physical stuff I buy. I made the transition from CDs to downloads easily enough, I should be able to do it with books.

But, taking another step back and looking at the bigger picture, this whole explanation about me starting to read again and not wanting to interrupt the flow of that is nothing more than a particularly large, well thought out, complex - one might even say baroque - excuse for the fact that I didn't want to cycle in to work yesterday.

Because I am lazy.

That's what it comes down to. Plain, simple bone idleness. The problem with you, Limb, is that you're bone idle as the teachers used to say to me at school.

Perhaps I am. There were many reasons not to want to cycle into work yesterday morning:
But these are all in varying degrees just further excuses. The primary reason is the first one. I am physically lazy.

Why is this? I am an adult, I know that in the long run physical exercise is good for me. You'd have though that by my age I would have learned the hard way that if something's worth doing then it's probably going to be difficult.

I've bought a new (well, second-hand) bike now. I have no excuse. Not only is it patently not a write off but I have to justify the expense by riding it into work and back. Every day next week.

If I do it often enough it'll become a habit, an addiction. Then of course the trouble will be getting me to stop...
addiction brain exercise habit mind psychology