The Worst Thing That Has Ever Happened 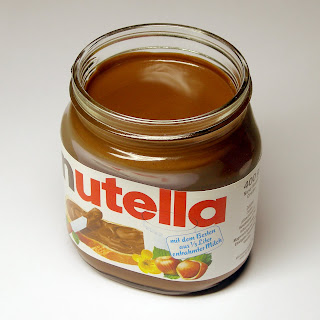 Like many infuriating things, it happened on a bus.

Perhaps I travel on buses too often these days. Given the attitude of the local bus company and the various ways I have been treated by them over the years from outright lying to abusive emails, perhaps I should simply take my custom elsewhere? Easier said than done. They have a virtual monopoly in the area and on days when cycling is not an option (say when the weather decides to drop lakes on the city from a great height or when I have several errands to run either before or after work) what else am I supposed to do?

I usually sit upstairs. This is partly a hangover from childhood where not only is sitting upstairs more exciting but also something that inexplicably my parents never wanted to do, and partly because on the whole there tend to be more seats up there. Perhaps some people experience the same disinclination to climb the cramped staircase as my parents did.

Sometimes it gets crowded; that's unavoidable. Somebody will sit next to me. If I'm lucky it will at least be somebody with a passing acquaintance with the notion of personal space.

Of course on this occasion it wasn't.

He was one of a group of three or four people, all of whom were so indistinguishable that is was almost as if there was a secret factory somewhere turning out these monsters. For a start he was about six foot ten. He dropped into the seat next to me and decided to sit with his legs apart. Giant hairy legs clad in baggy khaki shorts and hiking sandals. I could no more have stood my ground than I could have stopped the tide coming in. He had a thick wiry beard and big sunglasses; from the way he behaved I could only assume that the latter cut out not only the excess light but the sight of anyone else at all, so selfish and unselfconscious was his behaviour. He dropped his overstuffed rucksack on the floor in front of him and with one swift movement  unzipped it and pulled out out a family sized jar of Nutella which he placed on the seat between his legs. He unscrewed the lid and set it to one side.

I was puzzled. Was he about to start making sandwiches or something?

No, it was far worse than that. He reached into a transparent plastic bag stuffed in the side pocket of his rucksack and extracted a large wholemeal bread roll from which he proceded to tear chunks, and dip them manually into the Nutella before stuffing the whole chocolaty mess into his maw. He did this skillfully and with such precision and economy of movement that it was almost like watching an animal performing some instinctive behaviour on a wildlife programme.

It was a million times more infuriating that that, though. I wanted to kill him. There was something so insulting and wrong about what he was doing, even though I couldn't quite put my finger on why. I suppose part of it might have been because I have had to be careful about what I eat in recent years lest I balloon out, and the sight of this great galoot stuffing high calorie foodstuffs down his gullet was taunting me with what other more fit and healthy members of the human race could do with impunity.

But it wasn't really that; I don't like Nutella anyway. It was more the relentless way he was ramming these carbs into his mouth and the way that when he swallowed his Adam's Pineapple bobbed up and down in a neck like an elephant's leg that disgusted me. It was maddening on a very basic animal level, on the same level that watching a pig at its trough is a less than an appetising sight.

Finally the ordeal was over. The bread roll was consumed. I was just breathing a sigh of relief when the unthinkable happened. He deftly reached down into his rucksack and with a flourish produced another large bread roll and begun the process all over again.

Inside I was screaming.

The strangest thing is that to this day he has no idea of the depth of negative emotion he produced in me by doing something which, to him, was probably almost unconscious.