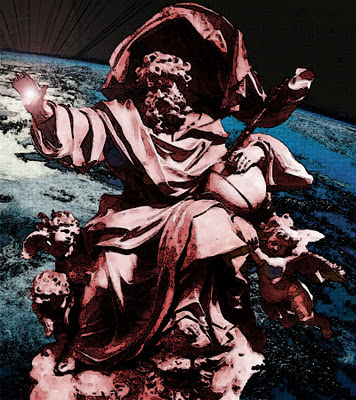 If you will forgive this entry for being a little meta, it is always nice when someone comments on a blog entry. On the whole I mean this unreservedly. Whether positive or negative, having taken the time to write something underneath means that they've read it, a fact which is much more satisfying than endless hours spent poring over Google Analytics.

First are the Me Toos. These are people that generally agree with (or very occasionally feel enlightened by) the content of the entry so much so that they feel moved to express this, often citing incidents from their own experience which match or mirror those being discussed in the main entry.

Then there are the No Buts. These people disagree with some or all of the points covered and furthermore have the facts the prove it - their experience is very different from that depicted in the blog, and they can say why.

Finally there are the Nit Pickers. Their response is not as broad as that of the Me Toos or the No Buts and generally tends to focus on one aspect of what was discussed - perhaps a detail of one paragraph, a specific example, a word used. In particular it tends to focus on how the author has got it wrong. I suspect this is because the aspect touches on something which is very close to their heart and they simply can't let what they consider a gross misrepresentation of something they care passionately about to pass.

All of these are valid comments and all equally rewarding. Sometimes you get all three types at the bottom of one entry. The primary nugget of information that I take away from the interaction is that at least they all actually read the thing. My time writing it was well spent.

Sometimes you get spammers as well, some well meaning, some not. At the bottom of an entry which was probably about quantum theory and the nature of consciousness or something I got a comment inviting me to sent in a complaint to the BBC about a trailer for Graham Norton's Over the Rainbow which had appeared across the bottom of the screen during the climax of the Doctor Who episode Time of Angels. I have yet to have a comment from someone trying to sell pharmaceuticals or fake university degrees, although I assume it is only a matter of time.

But the other day I received a comment that was none of the above. I reproduce it here verbatim:

I must admit I was surprised, not least because as a rationalist I had hitherto been convinced that God was an elaborate fiction invented by primitive human beings to explain the mysteries of a vast and complex universe and later sequestered by those in power as a method of controlling the masses. And yet here He was posting a comment on my blog.

At first I was puzzled by the fact that it was all capital letters - surely such a primitive mechanism as the Caps Lock key would be as naught to The Almighty - but then reasoned that He would probably be used to speaking in Illuminated Manuscript and that the Caps Lock was the only facility available to Him that came even remotely close. I was also puzzled by the fact that He had confused the concept of copyright with the concept of a registered trade mark which seemed a bit of an oversite for someone allegedly omniscient.

Nevertheless I felt I should at least respond. It is not often that one gets such a communication, and during the days of the Old Testament those who did so were considered prophets. Whilst responding to this comment hardly puts me up there with Moses receiving the Ten Commandments, I did feel that I couldn't simply ignore it. And so it comes to pass that I am hereby officially pimping God's blogs. I firstly added them to the My Blogs list and have now written this blog entry to plug them:

Media Christ
Music*Art*Video*Zines*Flyers*Movies*TV And Other Cultural Phenomena From The Deepest,Darkest Crevices Of The Underground ..And More

G O D said…
GEE,THANKS SO MUCH FOR POSTING THIS ARTICLE ABOUT ME! I AM NOT THE GOD OF THAT BOOK OF JEWISH LIES(THE BIBLE) BUT THE GOD OF MYSELF! EVERYONE IS THEIR OWN GOD!THE POWER LIES WITHIN!MAN IS AN ISLAND,A GOD AMONG MEN,A GOD NOT TO WORSHIP,BUT ,YES,TO PRAISE AND SERVE AS A FOLLOWER TO MY BLOGS!ALL WILL BE REVEALED ,EVENTUALLY!STAY WITH ME ,AND YOU'LL BE FREE!
SINCERELY YOURS, G O D
http://sluggisha.blogspot.com
http://mediachrist.blogspot.com
Thursday, October 20, 2011 12:38:00 am