November 20, 2011
It is surprising how seriously some people take fiction sometimes.

The word canon originally meant the books of the Bible that were official and contained the true scriptures as laid down by the various churches and faiths who concerned themselves with such things. It has since been sequestered by the enthusiasts of various fictional worlds to mean the events and stories that officially "happened" in that universe. 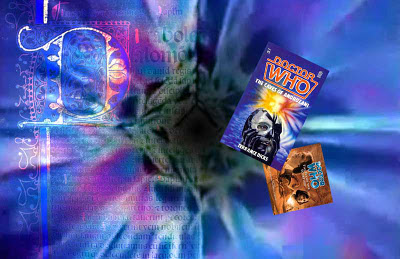 When a fictional world or universe is created often additional spin off fiction is produced - initially to capitalise on any possible popularity of the franchise and turn a tidy buck. Some early examples of such works were the Star Wars novels Splinter of the Minds Eye and Han Solo at Stars End which were churned out shortly after the success of the original Star Wars film (the one that is now rather dully referred to as A New Hope).

Despite claims on the covers that these novels were "from the adventures of Luke Skywalker" they really didn't seem to have much to do with the series of films that followed, having been written as quick cash ins before it had been realised just how phenomenally successful the franchise would become. They never really became incorporated into the wider story (which is a shame as the Han Solo novel contained a droid called Bollux).

Looking into what consists Star Wars canon now, it all seems insanely complicated. However it is a naught compared to the baroque complexities of Star Trek canon which has to incorporate five live action TV series, an animated series, eleven movies to date and numerous novels and comics. Despite the Sisiphean magnitude of this task there do seem to have been attempts by the makers to provide in universe explanations for inconsistencies between the earlier and later iterations of the narrative.

Personally I don't think it really matters, a story is a story is a story and I can enjoy a well written novel featuring Kirk, Spock and McCoy far more than a poor TV episode, despite the fact that the latter would be considered more canonical by the powers that be (i.e. the fans).

However, if you really want to see deep debate about canon and what happened or didn't, then you need look no further than Doctor Who fandom. During the show's original run the only books produced were novelisations of the TV stories and where these contradicted one's memories of the episodes themselves I tended to imagine that the events in the novels were what would have been filmed in the absence of time and budget restraints. The Target novelisations had the limitless budget of the reader's mind's eye, splintered or not.

The only stories outside regular continuity were those in the comics, and personally I didn't lose any sleep wondering when Jon Pertwee's Doctor managed to fit in the solo travels during which the TARDIS was swallowed by a living planet into the adventures he had on screen with Jo and Sarah-Jane. It was just another story to enjoy.

But then the TV series was cancelled in 1989 and it all got very complicated...

First out of the traps was the series of "official" novels, the New Adventures, which continued the story where the TV series had left off. At the time I fully intended to start buying these and following the story but it soon became overwhelming. When they started publishing Missing Adventures as well it was all too much and I decided not to bother. Whilst I would occasionally buy a book when I needed something to read, I didn't feel the need to collect them all. It was too complicated and I had to give up hope of following everything that might have happened to The Doctor.

After all, they were only stories. Fiction. No more or less real than what I might imagine in my head.

The appearance of the TV movie in 1996 stirred things up a bit and gave the books a kick but it wasn't until 1999 that an entire new level of complexity was added to the equation. Original Doctor Who audio plays started being produced by a company called Big Finish starring the original actors. These felt far more like real Doctor Who than the books, especially at a time when it seemed unlikely ever to return to our screens...

How wrong we were. In 2005 the Doctor was back on TV and furthermore the audio plays continued to be produced. Some of them were even broadcast on BBC radio.

Generally I just thought this was a good thing. More stories. More fiction. More Doctor. But some people got very upset by inconsistencies in the narrative that had arisen as a natural consequence of allegedly adjacent adventures being written and recorded decades apart.

Some simply refused to accept the audio adventures as canon. Others tied themselves in intellectual knots trying to explain away these continuity errors - I recall a long thread on a forum wondering why, when he was dying at the climax of the 1984 TV adventure The Caves of Androzani, the Doctor only had visions of the companions he'd had during the past three years on TV and not of Erimem the Ancient Egyptian princess who traveled with him and Peri during Big Finish audio adventures which supposedly took place between the previous story (Peri's debut, Planet of Fire) and this one.

This seemed to me to be a non-question. A no brainer. Erimem's first audio story, Eye of the Scorpion, was recorded in 2001, some 17 years after Caves of Androzani had been televised. Of course the Doctor wouldn't remember her, and no amount of mental sleight-of-hand would produce a satisfactory in-universe explanation for why he didn't. Nor should it. It was a story and no matter how good a story there was no way it could incorporate elements of another story written seventeen years later.

But this kind of thing seemed to really upset some people. Seriously. If you think about the original purpose of story and narration, it becomes clear as to why this might be.

We are the only animals (that we know) that tell stories. We narrate, and some might claim that it is this ability itself that gives rise to our consciousnesses, our selves. In order to remain sane and maintain a coherent sense of self it is important that these stories make sense, that they are consistent. It's no good remembering that you went to school in Golders Green in 1982 if another memory claims that was part of the five years you spent living in Australia. By definition reality has to be consistent; it's one of the ways we can tell the difference between it and dreams.

And may be the reason why canon-fans get so upset about continuity errors in their favourite fictional universe.

More than anything else they want the Doctor to be real.

They want it all to make sense because in some way it all actually happened. They still live in hope that one day they will walk around the corner and see a tall blue Police Box standing where there was only empty space five minutes before, ready to whisk them away from this dull consistent world into an exciting, but nonetheless still consistent, universe.

I know how they feel. I used to feel that too. But I never felt that it all had to fit together. If I wanted to be scientific about it Many Worlds Theory and parallel universes could take care of any inconstancies. But even forgetting all that there was no reason why a real person couldn't have imaginary stories told about them.

Just because I wrote a short story when I was at primary school about how I went to Narnia it doesn't mean that I don't exist.