Pedal to the Mettle 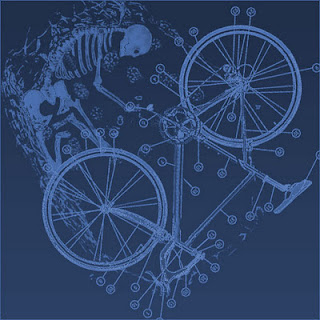 As I have so often remarked I don’t cycle into work nearly as often as I should. After all the reasons for doing so are many and varied. It’s greener for a start and saves me money that would otherwise end up in the pockets of Brighton and Hove Buses. And most importantly, it is at least a nod towards making me fitter. I know that in an ideal world should go down the gym of course, but never seem to have the time. However seeing as I have to spend at least 90 minutes a day travelling, I might as well make the most of those minutes getting exercise.

Unfortunately the arguments for not cycling are far more persuasive. It’s dark. Often it’s cold and wet. I’m tired. I’m lazy. And perhaps, most importantly, I usually end up as a seething chamber of suppressed rage by the time I reach the end of my journey. This is not because I have an exaggerated sense of self importance and sense of entitlement when it comes to my position on the road. This is because so many other cyclists, pedestrians and motorists I come across when cycling do.

Honestly, the level of self-righteous dickery prevalent in most members of the public at large beggars belief. Take last Wednesday for instance. I was cycling, very slowly, along a cycle lane. I usually keep it slow when crossing the campus as there are a lot of pedestrians about and I don't want to behave like one of those self-satisfied twats that you see whizzing past as they weave in and out of the traffic in lycra shorts which they don't realise have started to seriously wear out in the bum area enabling anyone behind them to effectively see right up their rectum.

In front of me a pedestrian fiddling with his phone was wandering into my path. I didn't get angry or shirty. All I did was ring my bell once.

Not, one would think, the actions of an insensitive boor. However from the reaction of the pedestrian in question you'd have thought I'd just crashed into him whilst swearing like Brian Blessed.

From his tone of voice he quite clearly could not believe my behaviour. Well yes, technically he was right. I coulda. But then I would have been cycling onto the pavement and any pedestrians within view would have been well within their rights to have a go at me. If I casually broke the rules in such a manner why then I'd have not a leg to stand on when it came to bellyaching about others breaking the rules without running the risk of turning into a massive hypocritical tool.

"This is the cycle path" I remarked quietly. He tutted and rolled his eyes as I rode off.

Of course I was then assaulted by l'esprit d'escalier. By all the clever things I could have said. But in this case l’esprit was wrong. It was far better that at the time I hadn’t thought to tell him to go and fuck himself up the arse with a rusty spade. Whilst it might have given me some juvenile satisfaction and pissed him off even more, it almost certainly wouldn’t have been the right thing to do. As things stood, he’d got pissed off whereas I had at least maintained a moderate sense of dignity and decorum. Nevertheless, even though I knew I had been polite and right, I was still seething. What a piece of work is man, I thought, what a nasty piece of work.

This mental growling got me a couple of miles down the road when I spotted another cyclist bundled up against the cold examining the underbelly of their upturned bike. Should I stop? I wondered, Should I offer assistance? Wouldn't it be easier not to?

Well of course, I snapped at myself, of course it would be easier not to, which is why you are going to stop. It's all very well bellyaching to yourself about how monumentally selfish and stupid Homo Sapiens at large is, but how about you put your money where your mind is and prove you're not like that? Go on. I DARE you.

“Do you need any help?” I called. The cyclist looked up.

“Yes please - I seem to have got stuck,” she called back.

I dismounted and laid my bike down on the verge next to hers. Other cyclists whisked by on the cycle path - despite the weather and the darkness the draw of the pedals was obviously still strong for many.

“Has your chain come off?” It wasn’t immediately obvious what was wrong and I don’t know much about bikes. However in my limited experience most of my more annoying breakdowns seemed to involve the chain going awry in one way or another.

“I don't know, I don’t know much about bikes,” she said, “The pedals just won't go round any more."

I tried to rotate the pedals of her upturned bike. Whilst the chain hadn't come off altogether there definitely was something not right about it. When turning the pedals backwards it seemed to bunch up ahead of the derailleur. It was going to be difficult to diagnose without getting my hands dirty.

“Here, use these, I've already got oil on them.”

The cyclist handed me a confusing pair of small gloves. Whichever glove I tried to put on my right hand it always seemed to be the left glove. After a few moments - during which I started to suspect that I was going insane - it eventually dawned on me that the pair actually did consist of two left gloves. I put them on and attempted to reseat the chain on the sprockets of the front cog and eventually I got the mechanism spinning satisfactorily in both directions.

“Here, try this,” I hauled her bike over onto its wheels and she took it for a short test run up the pavement and back. All seemed well so I removed the mismatched gloves and handed them back to her when she drew alongside.

“That should get you home at least,” I said.

She thanked me and rode off. I resumed my journey home.

I had been only been going a couple of minutes when I realized that my mood had improved drastically. I wasn't moaning and griping and plotting revenge for slights against me both real and imagined that had been perpetrated by the monumentally selfish public at large. I felt calm and, dare I say it, cheerful.

In retrospect it has made me question the nature of altruism. If helping others makes you feel good is it really selfless?

Perhaps not, but doesn't do any harm. Whether altruism is real or an evolutionary trick, if the practical upshot of offering a helping hand is that both parties end up better off, then so be it. I can live with that.

And so, I think, can everyone else.
altruism anger bike cycling emotion empathy mind people psychology self