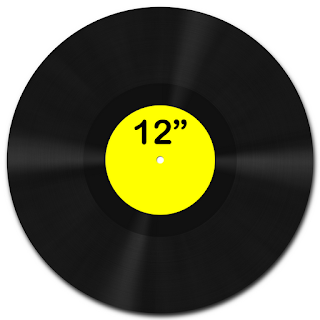 As far as buying our music is concerned, we've come a long way in what feels like a very short time.

These days it's far quicker and easier to buy music at the drop of a hat - furthermore there's a far greater range of music to choose from. We can pick and choose the tracks we want and best of all we don't even have to leave the house. The downside of this is of course that it can be dangerous going online drunk - a hangover is rarely improved by the discovery that one has bought the box set of Mantovani's 100 Golden Moments because it seemed like a funny idea at the time.

In general this means that things are more convenient and in some small way we are conserving resources. What's more we no longer have to cart around half a metric tonne of vinyl every time we move house and lets face it those cardboard boxes were always the heaviest ones. Usually designed for transporting bananas they also had a nasty habit of disintegrating halfway up the garden path of your new abode, depositing your complete collection of Cure LPs into a puddle. Including that signed copy of The Head On The Door.

But I can't help but feel that we've lost something pleasurable. Lighter and more convenient the modern method may be, but there was something exciting about seeking out vinyl; something I imagine is unlikely to be duplicated by waking up to discover that the new single by Florence and the Machine that you pre-ordered is now in the Purchased folder of your local copy of iTunes. Perhaps this lament for a lost format is in part a requiem for the passing of youth but not all of it I think.

Browsing the racks in record stores was always an exciting experience. You never knew what you'd find no matter how close an eye you'd been keeping on the music press.

Especially exciting was the rack where they kept the twelve inch singles. Even if you had an encyclopaedic knowledge of the charts and all the records worth buying in it (having taped the top forty off the radio and learned it inside out), this was where the real treasure could sometimes be found. The expanded universe - these sometimes contained versions of the songs that would never be heard on the radio.

But the excitement started before you listed to the music. There were the sleeves. Often a huge glossy version of picture on the seven inch - but sometimes an alternative take on the same imagery. The most thrilling thing of all was that you were getting an LP's worth of picture often for little more than the price of the seven inch. The smell of the sleeves was more intoxicating too, perhaps something to do with the fact that it was printed on card. Sometimes I couldn't wait until I got home - standing outside the shop I would pull the sleeve from the snug plastic bag, push the sides so that it opened ever so slightly and INHALE. New record smell. Fantastic.

It was what was on the records that really counted though.

Sometimes these twelve inch singles contained exactly the same tracks as the seven inch - this always felt like a complete rip off, although I understand that the fact that the grooves were further apart meant that you got a far better sound when they were played in nightclubs. But most of the time you could at least hope for an extra track. This was good, something extra to tape at the end of the side of the C90 cassette onto which you'd taped the LP so you could listen to it on your walkman; sometimes it wouldn't fit in which case you'd need to use a C120, although the tape was thinner on these and had a tendency to snap. I once dismantled a C90 cassette and surgically implanted an extra five minutes of tape simply so I could fit one of my favourite LPs plus B-sides on it.

The extra track scenario wasn't entirely satisfactory. All it meant was that you didn't really need to buy the seven inch, and that was something that no collector wanted to hear. For a twelve inch to really be worth it, it would have to contain an extended version of the single itself. A remix. Something you would be unlikely to hear anywhere else.

The first of these I remember was the twelve inch of Spellbound by Siouxsie and the Banshees. This had an extra couple of minutes on the end, a staccato drum sequence segueing into an instrumental version of the final few minutes of the track, eventually joined by Siouxsie's wailing backing vocals before slamming to a halt again, for real this time. It didn't add that much to the song but it was nevertheless exciting to hear something so familiar in a brand new way.

The electronic nature of a lot of the music in the early 80s meant that it was fairly easy to produce extended remixes in this way. These were wonderful, perfectly in their element when you were grooving on down on the dance floor at The Camden Palace, high on Pernod and black, but not perhaps as stimulating in the bedroom. When was the singing going to start? They were sometimes so long that there wasn't a hope in hell of fitting them all on a cassette either.

But you had to admit they were good value for money, and if you loved the song then it was all the more for you to get your ears round. Sometimes the remix was distinctly unsuccessful - the new section of Depeche Mode's Meaning of Love started with a recording of one of the band saying "What do you want to do then, what shall we do?" hardly inspiring confidence in the alternative version of the track that was to follow...

However, one band took to the concept of the twelve inch like a duck to water and dragged the format so much further from it's comfort zone than anyone else. Soft Cell.

Their first single, Memorabilia, was designed with the twelve inch in mind and was way ahead of its time (effectively an acid house track in 1980), but it was with their next single and biggest hit Tainted Love that they took the twelve inch somewhere it had never been before. At first it sounded just like the seven inch and then halfway through an instrumental section you realised that something very unusual was happening. The song was mutating before your very ears. First the bass line, then the synth notes. Before you realised what was happening you were listening to another song - Where Did Our Love Go. 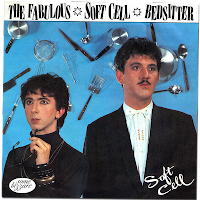 For their next single, Bedsitter they took this format experimentation further. The track listing was the same as for the regular single - Bedsitter c/w Facility Girls, but each song was more than twice as long as its seven inch cousin, padded out not with recycled instrumental but whole new verses and musical sections. Make your single bed and push the tea leaves down the drain, take a long deep breath and start the night life over again...

This was a pattern they would repeat throughout the lifetime of the band making Soft Cell twelve inch singles amongst the best value and most enjoyable of the era.

You can now relive this by buying the Soft Cell Twelve Inch Singles as a 3 CD set or downloading them from iTunes.