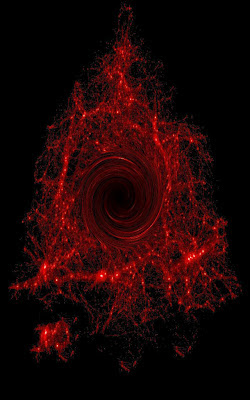 I am writing a short story for a competition at the moment. Whilst in the past I have always had trouble reaching a word count rather than squeezing down into one, on this occasion I have a rough idea of more or less everything that is going to happen in the story. As the narrative progresses this is beginning to seem as if it might cause a number of issues. I've barely scratched the surface of the events that are to occur and yet have already used up a full third of my word allowance.

However this need not be a problem. I have decided to just go with it, write the story as it comes naturally to me and once it's complete then embark upon the editing with a vengeance.


In the past I didn't used to like editing at all, feeling that it was a crime to discard whole passages of prose that I had sweated over, certain that the omission of certain facts or sequences would somehow leave the tale incomplete and incomprehensible to the reader. However the experience of editing my novel from first draft over the past couple of years has gone some way towards changing my opinion about the process.


Whilst "less is more" is a rather glib and annoying oxymoron most of the time, I have found it to be true when it comes to making your prose punchy and effective. I don't need to describe how a character leaves the living room, climbs the stairs, walks along the hall and then turns the handle of the door at the end. It is enough that I cut to her standing in the open bedroom doorway. Whilst I may write down the whole process in the first draft, most of it can be trimmed later. And this methodology can also be applied to events other than moving about inside a house.


Even to scenes that on first writing I was really quite pleased with.

The important thing to remember is that nothing is being discarded, not really. Whilst certain scenes may no longer appear in the finished story, they all still happened and in some way they can affect the reader. They are backstory, they're still there in the characters' minds and they inform the way these characters behave. Just as Dark Matter is invisible but can be inferred by its invisible effect on the rest of the universe, such shadow tales form dark narratives which we can no longer see but the effects of which are definitely present in the story.

Nothing is ever lost.
editing fiction journal writing