The Sans of Time 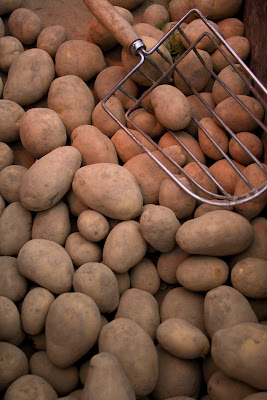 The other day was a nice illustration of the way the online community - and particularly Twitter - is prone to react sometimes.

The scientists at CERN announced the discovery of the Higgs-Boson. Unfortunately they did so with a Powerpoint presentation using one of the worlds most talked about fonts, Comic Sans. There then followed a stream of tweets - some amused, some outraged, some eye-rolling - about such a perceived display of unprofessionalism. That was the first wave.

Then came the second wave. The second wave usually has far less of a sense of humour. This wave told people participating in the first wave that they were kicking up a fuss about nothing, that they should grow up, that only when they had discovered the secret of the universe themselves would they be in a position to criticise. Lightly peppered with a few Comic Sans apologists who, lets face it, are only doing it to be contrary - opinion as trolling mechanism.

This is quite often the way things play out. It's post-human nature, the desire of members of the species Homo sapiens internetis to use metaphorical bulldozers to build an ever more lofty moral high ground upon the crest of which they can then climb onto their thoroughbred high horses and look down on absolutely everyone else.

But in this instance many of the arguments put forward during the second wave were spurious.

For a start the fact that CERN had made an mind-boggling scientific discovery doesn't make them immune from criticism in other areas. This is like saying that if one of the scientists had been caught speeding on the way home from the Large Hadron Collider the traffic cop should have let him off unless he or she had also made a scientific discovery of equal magnitude.

I dislike it because I think it looks shit.

It's neither one thing nor another. If you've every tried to use it in a comic strip you'll know this to be true - it looks just as out of place there as it does in an important Powerpoint presentation. It doesn't look authentic. Believe me, if you ever need to letter a cartoon or comic, the free font family Komika is by far superior.

It doesn't look handwritten either. If you want to fake handwriting try Ampersand or Technical or, of going for a simpler feel, Chalkdust. For eccentricity why not give Girls Are Weird a spin?

But not Comic Sans.

It's not font snobbery, far from it. Comicsansophobia is not the preserve of those who eat, breath and shit kerning, leading and serif issues. It's something very different.

To me the mere existence of Comic Sans smacks of the Geography Teacher at the Sixth Form Disco syndrome, the dull stickler for rules who thinks he's letting his hair down at the Office Christmas Party by not wearing a tie. It smells of forced jollity, insincerity and a clumsy transparent attempt to be something that it is not.

We are all suspicious of fakers.

Of course it is also, I suspect, sometimes used by the very naive, people who don't use computers very much and don't entirely know what they're doing.


"Oh look at this!" exclaimed the Reverend Higginbosom as he pecked out his sermon on the old Windows 98 Pentium that had been donated to him by those kindly folk at the local newspaper seven years ago, "I can make my typing look sort of like I wrote it! What fun! I'm going to use this all the time!"

If you don't want your documents to look like a rural Parish Newsletter, there is only one rule.