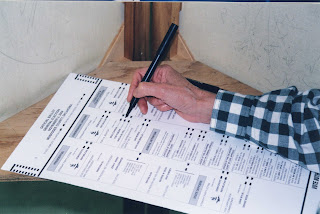 At times like this it is sometimes very handy to know the future. Certain aspects of it anyway. All I am trying to find out is what the weather is going to be like over the next four days or so. Shouldn't be too difficult in this day and age. There are any number of up to the minute websites all too keen to tell me what the forecast is and if that's not enough, there's also an app for that. No bother at all.

Except that none of them agree with each other. They don't even agree with themselves from minute to minute and right now the little icon on the phone screen is blatantly contradicting what I can quite clearly hear rattling on the skylight above the bed. It's raining again. As has been the case for the entire history of humanity, it is still quicker and easier to stick your head out the window.

The big problem of course is that you can't stick your head out of the window into tomorrow.

Predicting the future has been an overriding obsession of the species ever since we first realised that there was one. When the first glimmerings of consciousness started ordering events into the two artificial categories of past and future, one of the first things they noticed was the imbalance. We knew all about the past more or less, whereas the future was a complete mystery.

As ever we were getting this back to front. It was the past because we had knowledge of it and the future because it was unknown. It was the way the mind worked. Linear time may very well be an illusion caused by the existence of memory and awareness and as such, predicting the future makes about as much sense as eating with your rectum.

Well yes. It's called consciousness. The very thing that makes us self aware and alert to the fact that there is a future.  Unfortunately this brings us brings us back to square one.

However, aside from creating it, consciousness itself does other interesting things with time according to some theories. When you decide to do something the actual doing it comes before you thought about it, before you think you made the decision. Then, upon seeing the results, the brain flips causality so that the knowledge of what has just been done becomes the intent to do it. It's hard to get a handle on this but our minds actually do reverse the perception of time - and technology has now got so good at telling what is going on in a human brain that this can be detected and your "decision"  known by someone looking at the screen of a complex neurological machine even before you are aware of it.

The implications of this are frightening, especially if the machines stop being read only. Suppose the intent itself can be planted? Someone else could do something with your body which you then think was your idea all along.

It is important that in the future polling booths have magnetic shielding.
brain causality consciousness journal prediction time