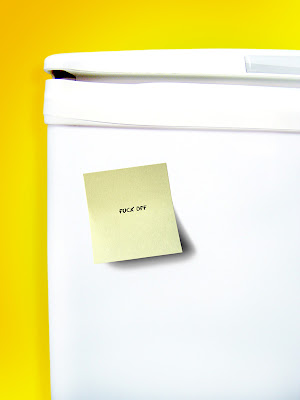 One of the most depressing things about today's society is how genuine achievement is looked down upon. Knowledge and learning are regarded as something embarrassing and best not talked about. I'm not talking about the age old jocks-versus-nerds thing - this is a phenomenon that has started appearing in all strata of society recently. Mention something that isn't run of the mill and perhaps could even be considered clever or interesting and more often than not the reaction you'll get - if you're lucky - is something along the lines of:

"Oh this is obviously WAY above my head!"

Fake little self deprecating chuckle and roll of the eyes at others there present. Subtext: Who does this fucker think they are knowing stuff?

If you're unlucky... well I leave that as an exercise for the imagination.

The problem seems to be that the lowest common denominator is now aspirational - a standard now being applied in areas outside knowledge and learning. People who don't conform to a sanctioned mental state are starting to feel the sting of ridicule.

One of the least depressing things about today's society is that there is a hope that we will one day stop discriminating against others. We're none of us perfect and maybe don't always curtail our most unpleasant urges, but the ideal is that perhaps one day we will. And sometimes it turns out that the people we may have been complaining about aren't annoying or lazy; they have a condition, a syndrome. Some people have OCD, others Aspergers, others may sit at any other point on the magnificent multidimensional array that is the spectrum of human existence. The fact that we have started to put labels on these conditions is a good first step, one towards everyone truly being - and being treated - equal.

Unfortunately this makes some people feel as if they're being painted into a corner. It's no longer remotely acceptable to display a discrimination against someone on the grounds of race, gender or sexuality - and these individuals are becoming afraid that soon they won't even be allowed to pick on the anxious or overwrought.

And so they fight back. They fight back in the only way they know how. They take these labels, flip them on their heads and cast themselves in the role of victim. The most common of these labels to be misused is very familiar these days.

The cry of the bully pointing an accusing finger at a victim who has dared to fight back in the only way they know how. Physical force clearly won't work. Reasoned argument is a dead loss. Is it no wonder that some victims of bullying resort to these means?

A lot of the time the phrase is misused anyway. Many classic examples can be found on the website passiveaggressivenotes.com. I don't know about you, but five or ten minutes browsing through the posts and I come down very firmly on the side of many of the note writers. Does it not occur to those poking fun that perhaps leaving a nominally polite note is the only reasonable course of action?

For a start, it usually involves a shared fridge. More often than not it involves stuff going missing. Stuff going missing on a regular basis. What can be done about that? If someone else has such little respect for other people's property then even if you could find out who it was, having a word with them isn't going to do much good. More often than not the reaction you'll get - if you're lucky - is something along the lines of:

Subtext: you're a terrible materialistic food-fascist imposing your tyranny upon the free spirits of this world.

Besides how are you going to find out who it is anyway? Lurk in the kitchen for eight hours? Install a webcam in the fridge? Leaving a note is the only civilized way to deal with it (if you don't mind being uncivilized then spiking your theft-worthy food with a strong laxative is another solution). And what is your reward for such adult behaviour?

It's time to stand up to them and call it as you see it.