What have I got in my pocket? 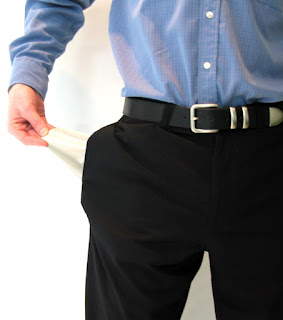 The most annoying thing about buying a new jacket is the way that the pockets are all sewn up. I mean, why? Pockets are there for a reason and it's a very good one. You need to carry stuff around with you. There's always the wallet and the keys and the phone and not to mention the two separate travel-card holders - one for Brighton and one for London (I have to keep them separate in case the Key and the Oyster card interfere with each other somehow).

These are the bare minimum of pocket essentials. Sometimes I might want to carry a USB stick, a padlock, a pen or a Kindle around with me.

Some would argue that pockets are sewn up because keeping things in them would spoil the lines of the jacket. I would argue that if this is the case why put the pockets on the jacket in the first place? I would also argue that the lines of the jacket are only important if you're taking part in a fashion show or are in some bizarre world where the lines of your jacket are more important than being able to get on the bus, buy a newspaper and a Mars bar or open your front door. If the former - why not just empty your pockets for the duration of being on the catwalk? If it's the latter - well there's not much that can be done for you. You probably deserve to have to walk home only to find that you're locked out with nothing to eat or read.

I have always been a big fan of pockets.

Not everyone has always had the same view. Buying a jacket in a twenty-first century department store was not the first time I found my pockets sewn up. For some reason my mum decided to sew my trouser pockets up when I was at school because I was always keeping things in them.

But that was what they were for!

Whilst I may not have needed to carry keys, wallets, travel-cards or phones around in those days, I still found my trouser pockets to be essential personal storage, so having them sewn up was a bit of a blow. Where was I going to put my interesting shaped pebbles and matchboxes with things in them now? The bits of odd shaped plastic I'd found in the dust and had almost convinced myself were alien space ship parts? The sycamore seeds? The small toys? Not to mention the loose change - a few half, one and two pence pieces chiefly - that I accumulated for buying sweets on the way home.

The school bag wouldn't work - I needed these things on me at all times, who could tell when a game in the playground might not suddenly require an alien space ship part or interesting pebble? After all sometimes I was Doctor Who, and he had pockets so they were essential. When I was Mr Spock perhaps not so much, but the Doctor Who games were the more enjoyable ones and I like to think that was partly because of the pockets.

Then the next day, dropping my hand to my hips, I felt something in my trouser pocket. Something in my recently sewn up pocket. Surely it couldn't be? Was it?

There was a two pence piece in there. 2p! That would get me two black jacks or two fruit salads. Or - and let's go a little crazy here - one of each. Or one of those chocolate tools. But how was I going to get it out? I couldn't just unpick the work my mum had put into sewing the thing shut in the first place, but I really wanted the 2p. I manipulated it through the cloth of my trousers. If I brought it right up to one end of the pocket I could just about make out the rim. All it would take then would be to pick away a few of the stitches at one end - that way my pocket would still be effectively sewn up but I'd end up 2p richer.

I worked at it throughout the day during lessons. Gradually I opened a hole at one end of the sealed pocket and eventually this hole became large enough to admit the trapped coin. I pulled it free and...

It wasn't 2p. It was an old pre-decimal penny. No longer legal tender and more importantly no longer exchangeable for sweets or a chocolate hammer. What had I been doing carrying around an old penny anyway? My pockets had let me down. Furthermore I learned that when your pockets are sewn up you can imagine that they contain all sorts of unlikely things.

I also learned that pockets are too important to be sewn up. After all, where else are you going to stick your hands if you want to appear nonchalant?
childhood journal memories pockets