Don't Do It Again 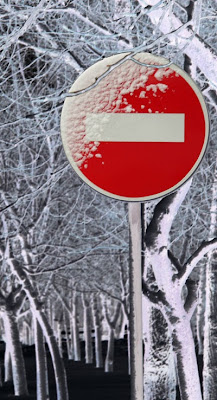 Our memories are a very useful manual on how not to live your life. Never mind the rose tinted spectacles, for a lot of us the events that really spring into sharp relief are those viewed through blush-tinged goggles. We torment ourselves over and over again over how much of a fool we made of ourselves in such-and-such situation, despite the fact that ninety-nine per cent of the time the only person that remembers these faux pas is ourselves.

There is one exception to this rule. When we get drunk and make a fool of ourselves there is a tendency of some people to never let us forget it. However this behaviour is most often observed in people who often do the same thing themselves and their attempts to get everyone else to remember that time you went swimming in the fountain in the town square at the end of the evening are merely an attempt to divert attention from the fact that they pissed on a policeman's shoes the week before.

But most of the time we're the only ones cringing at our own antics.

There is a very good reason for it and it's the same reason that we do virtually everything. Like many behavioural traits, mortification has been selected for by evolution with the result that we're probably all the descendants of a tribe of very shamefaced man-apes.  As George Santayana said, those who cannot remember the past are condemned to repeat it. The truly shameless cave dwellers all died out because when they spent the evening dancing on the edge of the cliff after drinking the fermented apple slurry they discovered in that wood they thought nothing of it and the next time they got the opportunity they went and did it all over again with fatal results. Those who were mortified by their behaviour survived to pass the humiliation gene on to the next generation.

It's annoying that we don't dwell on those things we got right though.

How much healthier it would be for us in the long run if instead of cringing from the contents of the cabinet of disgrace we could open the cupboard of our past triumphs and bask in their glory for a little while? The positive reinforcement of having got some things right should in theory be just as strong a mental tool for long-term survival. If there is one thing we have learned - or at least have been told over and over again by the self-help authors and lifestyle gurus of our age - there is no point in living in the past and dwelling on bad memories. The important thing is to live in the present and plan for a future by laying down the foundation blocks for a fantastic life, taking the good opportunities when they are presented to you and not dwelling on anything bad. In theory this means that when we reach our autumn years we'll have a lot of good times to look back on.

The trick is identifying the key points in time as they happen. Are they opportunities for greater happiness or just another change to make even bigger fool of ourselves? The only way to find out is to do them anyway.

What might have been is the most irritating itch of all because you can never scratch it.
embarrassment evolution journal memories memory mind past psychology