December 13, 2013
I recently wrote a blog entry which described the effect fantasy novels - and I used the term very loosely, intentionally including SF - had on me. In particular I talked about the way I considered it essential that the Other World visited in the story was real and that, even if the protagonists returned to their own world at the end, the Other World still existed and was emphatically not Just A Dream.

Revisiting some stories and thinking about others I've also come to recognise another equally powerful ingredient contained in fantasies I enjoy. These tales of other worlds are far more powerful if they also contain scenes set in this one.

Fantasies set in the real world have an extra frisson of excitement about them. If set in a real location then it is always possible for you to go and visit the location after reading, a fantastic experience which makes the book almost real. I have yet to visit Watership Down (and if I ever found myself in the vicinity I think I have to revisit the novel in preparation) but a few years after reading Richard Adams's second animal fantasy The Plague Dogs I found myself visiting the Lake District for the first time. Whilst the background of the novel is firmly grounded in a rather bleak reality there was an otherworldly aura about looking at the hills around me and imagining Snitter and Rowf on the run somewhere out there.

There is something exciting about seeking out these places, especially when they are so well described. Reality becomes thinner. If these streets, that town, those hills are just like they were in the story then who is to say that some of the other more outlandish parts of the narrative might also be true? Well, one's rational self of course, but nevertheless the part of us that enjoys stories is well practised in suspending disbelief. 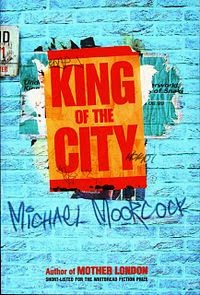 In my teenage years I enjoyed Michael Moorcock's Jerry Cornelius novels and had even visited Ladbroke Grove in pilgrimage where I was disappointed to discover that the Convent of the Poor Clares had been demolished. More recently I devoured his masterworks Mother London and King of the City and in particular was seized by a desire to visit Sporting Club Square W6. It was a big disappointment to discover that it didn't actually exist. Whilst on the one hand creating imaginary places and slipping them imperceptibly in between real ones takes real skill - and sometimes is required for narrative or even legal reasons - there's often something that doesn't ring true about them. In this instance Michael Moorcock had described Sporting Club Square so well that I had been completely taken in.

On general though I prefer the slices of the real world that appear in fantasy to be places I could actually visit. 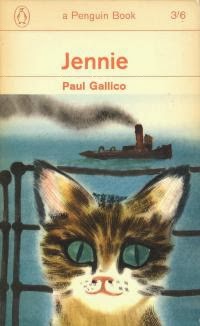 There is another side of this coin and one which can take you more by surprise. That is when you're reading a book and slowly but surely come to realise that it is taking place somewhere you know. The first time this happened to me was when I was a child, reading Jennie by Paul Gallico (a book also referred to in the previous blog entry mentioned at the beginning of this one). When protagonist boy-turned-cat Peter is tempted away from central London by the crazy siamese cat poet Lulu ("Thimble, Thimble, Thimble, Thimble, THIMBLE!") they end up travelling "steadily north through Highgate to Queen’s Wood". I couldn't quite believe that I was reading the names of places I knew well. This was the reverse of the previous experience - I wasn't travelling somewhere part fictional, this was the story itself waltzing into my life and reminding me that even the most ordinary of places could have some magic in them just around the corner. 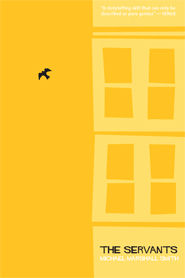 It's not something that's happened often and in fact the next time I can recall was when I was an adult, already living in Hove. I'd just bought The Servants by Michael Marshall Smith and after only a few pages realised that it was set somewhere less than five minutes walk from where I sat reading it.  As the story progressed and events grew more mysterious I felt a resurgence of that childhood feeling that the world may yet be a stranger, more frightening and more exciting place than anyone realises.