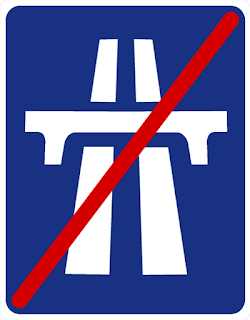 As a rule we tend to do a lot less crying as adults compared with when we were children.

It's understandable of course - when you are a child your brain is fresh and everything is far more extreme and world shaking. Even a turn of events such as your parents deciding that you're all going to eat lunch in a café not to your liking is enough to open the floodgates - I still recall how full of despair such events made me. It genuinely felt like the end of the world. Partly due to the aforementioned freshness of the brain but also I suspect due to the feeling of complete powerlessness in the face of your parents' authority.

As an adult however, crying sneaks up on you and squeezes out through half closed eyelids in the hope that no-one else will notice. It's an unwanted pressure behind the optic nerve and not something you want to do or indeed admit to doing.

It is also inspired by very different things, often things which have been specifically designed to provoke just such a response, the emotional manipulation of film and TV makers who build their fictional edifices for precisely this purpose in a similar way to the architects who - in the absence of actual gods - designed temples and churches so as to inspire awe and religious fervour in the attendees.

Crying as an adult is one thing but crying as a child was a very different process altogether. Crying as a child was always a journey through a storm, a hurricane of dark emotional turmoil. Sometimes you thought you'd never come out the other side. Your very being, your sense of self was being racked by mental tremors twisting you into new shapes. There was a very real danger that you would drown.

Then there was an interval.

You couldn't quite put your finger on it and the precise moment when you did come out the other side - the instant it started easing - was always inaccessible to you. All you knew was that suddenly there you were, adrift in a boat on a sea flat as a millpond. The sky was clear and infinite, and even though whatever had been bothering you was still there, you didn't feel quite as bad about it now.

You'd been through an exorcism, a fever. The back of your throat was sore and everything was suffused with a reddish brown atmosphere. Your breath would be interrupted by occasional involuntary sobbing-breaths tugging at your chest, aftershocks. At the time you couldn't clearly articulate it, but what had happened had undoubtedly done you good. The feeling was akin to the almost infinite calm you experienced in the back of your parents' car after an interminable motorway journey when they finally turned off and started driving more slowly along the A and B roads of the countryside. The nightmare of the everlasting grey tarmac 70mph roar was over for now.

Or maybe that was just me. Nevertheless the memory of the calm after the storm has stayed with me. The sound of the End of Motorway. Sometimes I hear it in songs or in the tone of someone's voice. It is the sensation that despite how bad everything might look right now, it will pass.

When things are at their worst I try and remember the experience of Having Been Crying. Of being driven up the slip road to the roundabout of calm. The roundabout is always there even though finding the right exit is sometimes tricky.
childhood crying emotion journal youth