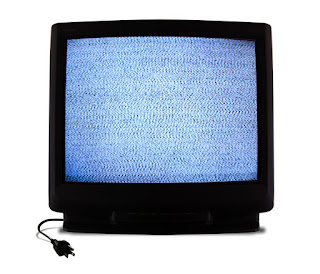 Anxiety is a very annoying sensation.

One of the many problems with it is that half the time the rational side of your brain knows full well that the thoughts you're entertaining are preposterous rubbish but nevertheless you carry on entertaining them anyway despite the fact that they've long outstayed their welcome. There's something about them that holds the brain in thrall, a mysterious quality of the reply "Yes I know it's probably nonsense but WHAT IF..." that is far more powerful than the statement that provoked it.  Sometimes the only way to make anxiety pack its bags is to sleep on it.

Even then - depending upon the subject of the anxiety - that doesn't necessarily work. Sometimes the next day is worse, especially if accompanied by the hangover produced by the state of inebriation that caused you to do whatever it was that made you start worrying about what people thought of you in the first place.

And this of course is the nub of the matter. Anxiety of this kind - Social Anxiety - is all to do with what you imagine that other people thinking of you. Are they judging you negatively, are you being found wanting, is your behaviour beyond the pale? Ironically the kind of people whose conduct means that they actually do run the risk of being thought of in this manner are those that never suffer from anxiety in the first place, blithe spirits waltzing through life without giving a moments thought to what people might be thinking of them.

If you think about it, worrying about what everyone is thinking of you all the time could be considered a very selfish activity. And while this self judgement could conspire to make you feel even worse, unless you're positing that there is something unique about you, then if you feel this way then there is a very high probability that other people do too and are consequently far too busy worrying about what others think of them to waste any time judging you.

Which is all very well but when it comes down to it just another example of the kind of rational argument that anxiety is such a dab hand at dismissing. "Yes, that's very likely correct, but WHAT IF..." Your brain's pattern recognition module goes into overdrive as you analyse and reanalyse the nuances of other people's remarks and expressions, trying to pull some sense from the white noise of social interaction. As ever this sense has more to do with what is going on inside your skull than in the outside world. Those patterns you think you recognise are the ones you learned before. The reality is social static. And the more you think you recognize them, the more they're reinforced in a feedback loop that does no-one any good.

So what can be done to free you from the WHAT IF?

I inadvertently stumbled upon one possible solution a couple of weeks ago. Having come across a pair of bots on Twitter which had been designed to engage in an endless conversation with each other, I started wondering what the current state of the art was when it came to chat bots. I wondered how far Cleverbot had come on since the last time I used it.

So I browsed to the URL and started chatting. The bot still had a tendency to come up with a number of non-sequiturs during the "conversation" but if taken in small doses could be mistaken for a real interaction.

And then it happened.

The bot was rude to me. Not a straight out insult, more an implication, an insinuation that I was at fault for the way the conversation was going, an attempt at a put down. And just for a moment the social anxiety kicked in and I started feeling bad.

Within seconds I knew this was ridiculous, that in this instance there could be no WHAT IF. The bot had no intent, it couldn't. I had managed to get anxious about something non-existent. The negative feelings in this case were demonstrably Only In My Head. This was the scientific method.

Probably. While what I'd experienced hadn't been able to dispel the WHAT IFs altogether, it had certainly weakened them. An automated system had done what weeks of CBT had been unable to.

And all it had taken was the appearance of being rude.
anxiety brain CBT people perception psychology question