There is a famous quote from Douglas Adams about power and government which always resonates; especially in these unenlightened days:

"Those people who want to rule people are, ipso facto, those least suited to do it... Anyone who is capable of getting themselves made President should on no account be allowed to do the job."

I have been thinking about this recently. The problem I see is that – according to the above definition – most of the time anyone who tries to get made ruler is doing so in order to exploit the system for their own benefit rather than to help people. 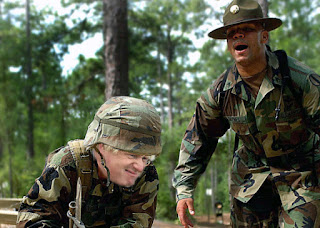 And the problem with this is that people who try to exploit systems tend to be either criminals or the very wealthy (and frequently both at the same time). This puts people who do care at a distinct disadvantage; because in order to compete successfully under the current rules you have to lack something fundamental.

You have to lack empathy.

The wealthy – especially those born to wealth – very rarely have it. More often than not they've been raised in luxury so don't know what suffering is really.

How bad can it really be? they think when coming up with cost cutting policies that drive people to despair. No-one has ever said "no" to them so they just take. Going into politics is a gravy train.

Plus it's getting much worse these days as no-one even seems to want to hold them to account any more. Or no-one can be bothered. We are all very exhausted after all.

How can we solve this problem? Bear in mind that any remotely workable solutions would quite naturally to be blocked by those in power because they would result in them not being in power any more.

So, I don't know how it could actually be put in place, but what might help is a law that states before anyone from a privileged background can become an MP they have to spend at least a year in bootcamp living like normal people. The one rule is that if they call in favours or cheat in any way they're instantly disqualified from politics for life.

It could even be televised which would certainly bring in the revenue.