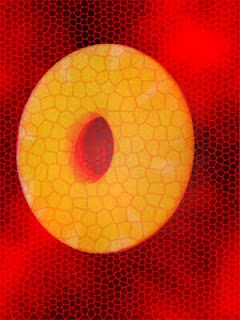 Boundaries can be the most fascinating places in the universe.

They come in many kinds. Some are physical borders such as the change from desert to jungle, a river, the boundary between the heliopause and interstellar space. Sometimes they’re territorial or imaginary in origin such as the border between England and Scotland or the Greenwich Meridian. Occasionally the latter try and make themselves the former, as happened with the Berlin Wall, the Maginot Line or the Gaza Strip Barrier. Generally though in the grand scheme of things these political borders are invisible; even the Great Wall of China, originally a territorial border and allegedly visible from space, no longer marks the boundary between the People’s Republic and its next-door neighbours and in the twenty-first century is merely the fossil of Qin Shi Huang’s ambition.

Some borders are a state of mind, sometimes literally. They bisect the fourth dimension of your lifestream, lines drawn between knowledge and ignorance. If you think about it in this way, you’re permanently living on the bleeding edge of your memories; your whole conscious life a sequence of uncovering knowledge. You skip over it though; eager to reach the other side, the place where the knowledge is known and the grass is greener. You’re unaware of your constant borderline existence; of the fact that once you’re there you’re already on our way somewhere else...

You’re constantly crossing the frontier of the future, but dismiss the fact as unimportant.

This is a shame as borders are where mysterious things can happen. Sometimes things flip unexpectedly from one state to another; Catastrophe Theory. Sometimes your papers are not in order and you get sent back. Sometimes the border itself is mysterious, ineffable and infinite; Chaos Theory.

In hypnogogia the mind wanders as the body goes into standby and as The Question Machine is turned down to minimum, geometric hallucinations are let out of the closet as a rehearsal for the night’s dreams. The beating of the heart marks out an inaudible rhythm as fluorescent pineapple rings march across the field of view, weaving in and out of the paths of incandescent organic structures which float like amoebae in the viscous red fluid of the mind’s eye.

In due course the visual field shuts down, preparing for consciousness’s diurnal sabbatical. You begin to forget where you are; a sudden disturbance at this point (the phone ringing or a distant explosion) results in confusion - is it time to get up already? It’s only when you check your watch that you realise you’ve only been in bed for forty-five minutes. This can be a pleasant discovery – you’ve still got the whole night ahead of you!

Eventually you cross the border and are swept away by the currents of sleep. Your conscious awareness won’t return until you enter the shallows of the following day’s REM sleep in preparation for the recrossing of the border at Checkpoint Hypnopomp.

If you can force yourself to linger on either border; well, that’s when things get really interesting.
borders boundaries dreams journal philosophy psychology sleep