Dimensionally Transcendental Confession 5: For Who the Cloister Bell Tolls 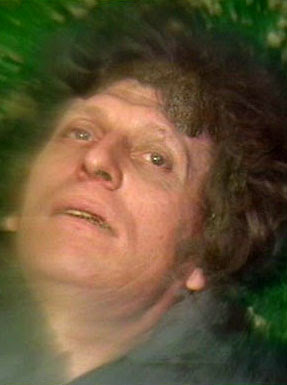 I walked through the doors and then pushed through a heavy black velvet curtain, the top of which seemed lost in the tangle of dark confusion up above and suddenly found myself standing in a building on the surface of an alien world. I was on Traken.

Or rather I was in a studio at the BBC Television Centre on the set of The Keeper of Traken (1981).

A lot had changed for the Doctor since I'd met him in Wood Green. The series was undergoing a change in direction, similar to that experienced at the end of the Pertwee era. Once more the old Doctor was having to cope with a style of programme that would become his successor's stock in trade. The title sequence had changed; gone was the familiar time tunnel, to be replaced by a rather tacky looking starfield. Yes, we were definitely over the page again...

Even more shockingly, Delia Derbyshire's definitive arrangement of the theme tune had been replaced by a new one, realised by the Radiophonic Workshop's Peter Howell (even though this was a shock at the time I am now quite fond of this version).

This last change was part of the reason I'd ended up on Traken. New Producer John Nathan-Turner had decided to involve the Workshop to a greater extent than just Dick Mills's "special sounds", with the result that my dad had been asked to compose some of the incidental music for the show. The first serial he worked on was the Keeper of Traken, so when it started filming he was able to bring my brother and I along to the set for a visit.

For some reason the set of the palace on Traken was sharing the space with the interior of the Master's TARDIS. There it was, over in one corner, wall roundels sprayed a distinctive black just so you were sure you were looking at an Evil TARDIS. Rather than a central console it had what looked like the flight deck of an airliner, below two eye shaped viewscreens. In one corner stood his spare TARDIS, still in the shape of a grandfather clock. And...

There was the Master himself, in thirteenth regeneration rotting corpse mode, chatting to one of the studio staff. Over the other side of the studio was the Doctor, looking scary, pissed off and tall, his burgundy costume hanging off him. At one point my brother was alarmed to look up from fiddling with the controls of the Master's TARDIS to see this terrifying figure bearing down upon him.

As we left we spotted Adric wearing a leather jacket. He looked sheepishly at us.

In the Whoniverse itself there had been a number of changes reflecting the real world transformation. Romana and K9 had buggered off into another universe, leaving the Doctor stuck with Adric, an irritating precocious boy-child in a mustard yellow boiler suit. As a result, he seemed to have become somewhat depressed. There were no more silly faces, jokes and jelly babies; instead he looked gaunt, hunted and was dressed in a much more sombre, almost gothic, version of his traditional hat and scarf.

The serial following the Keeper of Traken was Tom Baker's swan song, Logopolis (1981), a grim piece shot through with sepulchral atmosphere. No Visions of Ood here, in this one the fourth Doctor gained foreknowledge of his own doom by being stalked throughout by the backwards ghost of his future fifth self. No wonder he looked so grumpy. Plus in the space of just one adventure he'd managed to pick up two extra companions, Nyssa and Tegan, and seemed to hate them both as much as he hated Adric, railing at all three of them in a bad tempered rant towards the end of episode three. 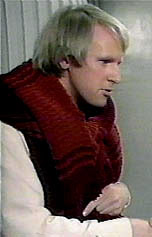 In the end there was nothing for it but to drop himself from a great height. Moments later, a young blond man sat up wearing the Doctor's clothes.

Younger viewers must found this a huge shock, and even I found it hard to swallow for a few seconds. A new Doctor after all this time?

A scenario I imagine will be repeated in living rooms around the country on 1 January 2010... Happy New Regeneration.
Dimensionally Transcendental Confession will return. And of its own free will.
doctor who doctor who memoir journal memoir tv