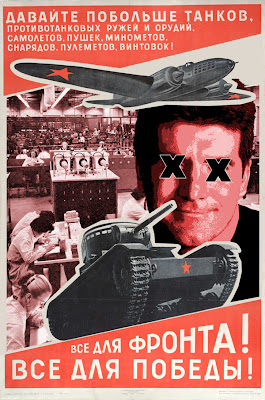 It has been interesting to watch the behaviour of the popular press and some of the celebrities involved in the run up to the announcement that Rage Against the Machine were Christmas number one for 2009.

Earlier in the week there was outrage. The Sun even dedicated their front page to it in a short piece littered with words such as "sickened", "dreadful", "hate" and "upset". Cowell himself called the internet campaign "stupid" and "cynical" and said it was going to "spoil the party".

At this point the average reader could be forgiven for thinking that the campaigners were wicked old Scrooges intent on ruining everyone's Yuletide, burning their presents and defecating in their Christmas stockings, leaving a trail of weeping toddlers in their wake.

Then suddenly towards the end of the week things started to change. The Sun ran a sympathetic interview with Rage Against The Machine, emphasising the fact that charity Shelter stood to gain a substantial sum from the stunt, and Cowell telephoned the campaign organisers to congratulate them on their marketing.

So what was going on? What changed their minds? Did they weigh up the pros and cons of the argument and realise that they'd been wrong all along?

No, of course not. All that happened was that the probable result started to become clear. In order to save face they had to start pretending to have been in favour of it all along. It's basically a case of "I, for one, welcome our new insect overlords" syndrome.

It's interesting that public opinion is still so important to an organ like the Sun, despite their claims to control it a la "It's the Sun wot won it". The papers are still wary of the young upstart internet and are unsure of its powers. The X-Factor debacle is just the latest of its stunts, following the unprecedented reportage of the unrest following the disputed Iranian election result and the lifting of the Trafigura gagging order in October.

If the internet be used can motivate half a million people into buying a seventeen year old song with parental advisory explicit content online and making it number one, just think what else it can do. The powers that be are doubtless engaged in research to find out how they can make use of this new vector, but the thing about the internet is that anyone can do it. It is the first truly punk medium. You just need to get noticed.

If you get noticed by Stephen Fry or Neil Gaiman, you're laughing. It would seem that these days internet-savvy celebrities have more power than politicians. It is perhaps no coincidence that Simon Cowell recently announced plans to take his "skills" into politics.