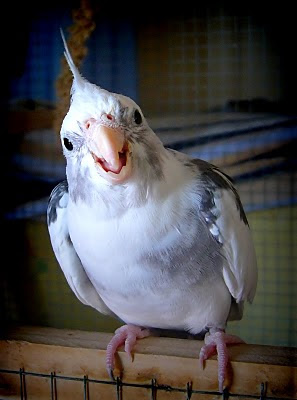 Or rather sometimes it seems as if two minds are in me. I can't really work out whether I'm a miserable curmudgeon complaining about the current state of the world and how things were so much better back in the old days, or an immature man-child who refuses to grow up.

This means that sometimes I react to things in an unpredictable manner and seem to be capable of holding two contradictory opinions in my head at the same time. It's a kind of doublethink but it's not at if I don't notice the contradiction. I do, but I decide not to let it bother me.

For instance, whilst I may bang on about how selfish people are trying to monopolise more than one seat on public transport, I am equally as capable of complaining when someone sits next to me on aforementioned public transport. I don't know if this means that I'm capable of seeing both sides of an argument or am just monumentally selfish.

However, I do try not to be selfish in my dealings with people. I'm just being selfish in my head, which by definition is probably the only place where it's permissible to be so (the self is in the head, right?). Whilst I may be internally seething when some malodorous stranger sits next to me, on my coat, on the bus and starts reading Metro with his mouth hanging open, there's no way he'll ever be able to tell from my demeanor, will he? Or perhaps I'm lucky and don't ever happen to internally seethe next to someone whose particularly insightful.

I just hope cheap telepathy isn't invented and made available as an app on people's phones otherwise I'm royally screwed.

Does it make a difference though? As I've discussed before what really counts in this world is outward appearances, so as long as I'm polite people should have the same attitude towards me as if I actually was full of bonhomie.

Then again maybe everyone is else is pretending and there's no such thing as bonhomie. Or maybe I just over think things.

One thing I do know is that I should probably stop with the seething already. If I don't let my internal contradictions bother me then why let external annoyances do so? The subjects of my seethes are always external and will never know (or care about) my animosity, but in the meantime the seethe-energy has nowhere to go and so ends up just bouncing around in my psyche and probably doing no end of harm.

So I either need to nip the animosity in the bud and stop getting annoyed in the first place (easier said than done of course, and I don't have any easy answers) or find some way of harmlessly venting this mental toxic waste. Like, and if you'll excuse me whilst I go meta again for a moment, blogging for instance.

The good thing is that the subjects of my rants will never read this and what's more I usually never see them again. And yet I get the bugbears safely off my chest and out of my head (to mix bodily metaphors). Hopefully this isn't too boring for any readers I might have.

And to be fair that's not all I talk about. Is it?
age brain buses journal mind people youth