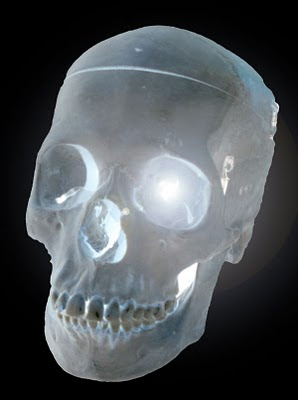 Have you ever wondered what it's like to die?

I'm not talking about the famous tunnel of light reported by near death experience patients; by definition that isn't what it's like to die otherwise those describing it wouldn't have been able to pass on their report.

If this is the case, then it could very well be impossible to know; however, I'd like to make an informed guess. Ever since I've been writing this blog on a regular basis I've touched on topics like the nature of consciousness, time, space and reality. It shouldn't be that difficult to cobble together a basic description of the dying of the light.

I'm not really that concerned with the actual cause of death, provided it's not being run over by a steamroller or evaporated by a nuclear explosion. I'm more interested in deaths of the slipping away variety.

I'm going to start talking about noses here for a paragraph or so. It's not as much of a non sequitur as it might at first seem; any regular readers of this blog might recall an entry about the natures of smells and smelling. At the end of it I revealed that it has recently been discovered that the operation of the nose relies on quantum tunnelling, with the implications that your nose exists partly in a parallel universe. In a later entry I then extrapolated from this the theory that perhaps the whole brain operates like this, meaning that we share a proportion of our thoughtspace with our twins in nearby parallel universes.

What implications does this have for death?  It could be quite a few; it all depends what consciousness actually is. For the sake of argument, let's assume it's a live brain. As the brain starts to shut down, each moment it is faced with a number of quantum possibilities. The future is not set in stone and the present exists in a vague cloud of probability; this remains true even if your odds of survival are a million to one.

However, in these circumstances, a million to one is all you need.

It's a variant of the anthropic principle at work.  Faced with 999,999 potential futures in which consciousness ceases and only 1 in which it continues then it's only common sense that we're going to find ourselves in the one in which we survive.  In all the others we can't find ourselves.  And so it goes. Even if the probability of survival in each successive moment drops alarmingly, we'll always just make it. However close we come to death, we never quite fall in.  It's a bit like the speed of light in that respect.

This is the second entry in which the speed of light seems to have come up in relation to continued consciousness; the previous occasion was the thought experiment of the Thugg2.0 simulation. It begins to seem as if once conscious we can approach cessation, but never quite reach it.

But, some people may be saying, how does this explain falling asleep or having a general anaesthetic? Good question. It all comes down to probability. Thinking about the example of having a general anaesthetic (something I experienced for the first time earlier this year), whilst the "probability of survival" logic from above could be applied with the result that in one increasingly unlikely thread of existence you never actually lose consciousness, the difference here is that there is a later instance of your consciousness which is far more likely - namely coming round from the anaesthetic (or in the case of sleep, merely waking up in the morning).

Death is different - once you stop there's no restarting and therefore no resumption of self. So our awareness will continue to exist, moving into the realms of the increasingly unlikely. Nothing is absolute and on the quantum level there's no such thing as a dead cert.

What would this approach to the event horizon of death be like? This is the real mystery. There's no life after death but the process of death itself could seem to last for ever in an inverse time dilation.

Sulci Collective said…
Not sure where Zeno's paradox fits in with all this, as the arrow that is fired at a target is forever halving the distance to the destination, but never quite arriving.

The assumption of consciousness as a live brain, yet the quantum model works against any such singularity of this brain perhaps? Do each of our collection of quantum consciousnesess express ourselves as the same individual? I doubt it. It's akin to the reincarnation argument - what's the point if you have to start again as a newborn with no link or memory or consciousness of who you were in the previous life? You may as well be a whole new individual, about to be die cast by life's experiences as you develop & grow.
Thursday, September 30, 2010 11:47:00 pm

Catmachine said…
"Do each of our collection of quantum consciousnesess express ourselves as the same individual? I doubt it."

Me too - I see quantum consciousness as a continuum in probability. Each point on the continuum is a slightly different, and the further away you get the less like the individual at the starting point the resulting individual is.
Friday, October 01, 2010 8:26:00 am