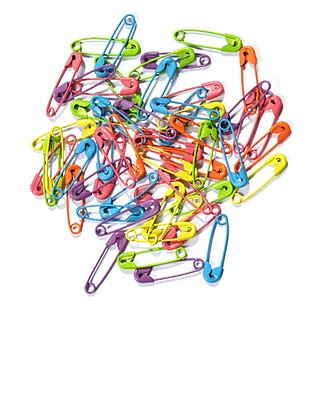 In a couple of blog entries near the beginning of the year I discussed the experience of being a member of a visual subculture. The experience of Being Punky (or Gothy or whatever else it might have been called at the time).

In part one I revealed that like many things that teenage boys do it all came down to girls, whereas in part two I dug a little deeper to find that it was also the attitude, the music and most importantly what it felt like that appealed. After all if it hadn't I wouldn't have stayed.

Any trouble comes with other people's reaction to this difference of appearance. Over the years I've come across a wide range of reactions from amused bewilderment to outright hostility. One person just couldn't accept the fact that I'd been to university due to an idea that was just far too deeply ingrained in his head - all people who looked like I did were stupid. Maybe I am stupid and perhaps I'm reading too much into it.  After all wasn't the whole idea of punk and its descendant genres just to dress to distress to get a reaction out of people?

Perhaps that is the case, but not always, and not in this instance.

Punk didn't spring fully formed from the parched earth of the UK in 1976, even though it might have appeared to at the time.  Amongst other youth movements it had antecedants in glam rock (the sense of children playing at dressing-up with the contents of their parents' wardrobe), American pre-punk (such as the Stooges and New York Dolls) and even reggae. The resulting look was a mish-mash; William Burroughs let loose with a pair of scissors and a second hand copy of the Full Colour Encyclopaedia of Style; the end product a chaos reflecting the nihilistic views of the wearers.

That wasn't quite it though. Not for me anyway.

Perhaps unsurprising for a movement with such a diverse parentage, punk spawned a legion of diverse children, from Anarcho-punk to New Romantic to Goth to Oi!  When Punk fucked Hippy it produced the Crusties, perhaps one of the more successful sub-genres in the decades since 76.  This proliferation of subgenres gave rise to fairweather adherents - people joining the subculture because their friends were, adopting the look (and even the beliefs as fashion accessories) then discarding it when they got bored.  Sometimes the beliefs could be temporarily discarded when no-one was looking as like fashionable clothing they could make the wearer uncomfortable.

But that wasn't it either though.

Whatever it was, shouldn't I have grown up by now?  Whether it was originally about the girls (part one) or about the music (part two) what it really boiled down to is what's inside a brain? Now that I'm older I should have more confidence in the fact that it's my ideas and how I express them that make me myself not adherence to a sartorial discipline.

But the thing is, it still helps. Reliance on a dress code as a shortcut to speech is perhaps symptomatic of being somewhere on the autistic spectrum (even if it's just the shallow end); I still feel I need the reinforcement of appearance to bolster my identity.

And ultimately it does still make me feel better about myself. I'd take a tub of Directions over Prozac any day.
clothes image journal life look memoir psychology youth